Here’s some law practice/public relations advice: If you’ve got a slam-dunky constitutional rights case, don’t get carried away. It hurts your cause if people read your lawsuit and burst out laughing.

Here’s some law practice/public relations advice: If you’ve got a slam-dunky constitutional rights case, don’t get carried away. It hurts your cause if people read your lawsuit and burst out laughing.

To illustrate this point, I now bring you some quotes from a complaint filed in Los Angeles Superior Court last month. See if you can guess what it’s about.

“Mr. St. George and his male friend soon returned to the Theater where they were two of the first would-be patrons in line to enter the Theater, which they were not allowed to do because of what happened next, which perhaps can best be described as being akin to the Montgomery City Lines bus company in Montgomery, Alabama circa 1955 morphing into the Woolworth’s department store lunch counter in Greensboro, North Carolina in 1960.”

If the above sounds familiar to you, you saw the news coverage. It was a suit filed on behalf of a guy who wasn’t allowed into an Iliza Shlesinger performance that was titled “Girls Night In with Iliza — No Boys Allowed.”

The plaintiff bought tickets for himself and a male pal anyway, didn’t get in, and hired a lawyer — because he was surprised?

OK, discrimination is discrimination. Technically, the guy may be right. But a nice, maybe two-page simple complaint should have done the trick. The plaintiff could easily have gotten a refund and a little extra for the emotional distress of being deprived of comedy for a couple of hours.

Instead he hired a lawyer who, reportedly, has filed lots of discrimination suits on behalf of men, and his lawsuit compares (in a really long sentence) his plight to the struggle of minorities in the segregated South.

The Civil Rights Movement should sue for defamation.

Most of us are now laughing at the plaintiff — which I’m guessing is not something he was after. Oh well, the life of a civil rights pioneer is never easy.

(Note to Iliza and/or her lawyers: Organize a benefit concert for the victims of female oppression. There’s some serious publicity to be had.)

I should note here that denial of access to female comedy is not the only difficulty facing men. They’ve also been deprived of shower curtains.

I hadn’t been aware of this issue before spotting a civil rights lawsuit filed last week in Los Angeles against Fitness International that noted that female locker rooms have shower curtains but male locker rooms do not.

I have to be honest — I’m not sure I quite understand the problem here. Here are the two key paragraphs from the suit. Interpret them as you see fit.

“As a result, plaintiff is subject to shame and embarrassment of showering without the same element of privacy offered to defendant’s female patrons.

“Defendant’s intent to discriminate, either knowingly or with reckless disregard for the truth of the matter, is demonstrated by the fact that defendant removed the shower curtains from the male locker room in response to allegations of lewd conduct, but they did not do the same for the female locker room.”

There was lewd conduct involving curtains?

Does the plaintiff want privacy for his lewd conduct?

Does he want the women’s curtains removed too?

I suspect this is going to be very complex litigation.

Fighting fire with fire. How do you combat corporate greed? With greed, of course.

At least that seems to be the approach of a “private equity firm” that issued a press release last week with this really long headline: “Corporate Whistleblower Center Believes Now Is the Time to Take Whistleblowing to A New Level with An Aggressive Approach by A Private Equity Firm to Potentially Make Millions in Profits.”

The Center encourages people who know bad stuff about their companies to call it, but only if there’s some serious money involved, and, as it says on the corporatewhistleblower.com website, you have “significant proof that is fresh, unreported and of high quality.”

Also, as it says on the site’s “rewards” page, “Do not go to the Media or The Government.” You don’t want do-gooders getting in the way of your reward.

Some of you may be wondering at this point just who or what the Corporate Whistleblower Center is. The “about us” link on its site isn’t much help, except to say that the Center’s “parent group” is Americas Watchdog — “one of the best known consumer advocacy groups in the United States.”

Americas Watchdog (spelled with both an apostrophe and no apostrophe on the same web page) doesn’t come with any identification either, aside from being “one of the best known consumer advocacy groups in the United States.”

I’m astonished that I haven’t known this before.

It’s tempting to be cynical about this, but I just can’t, because even though the America’s Watchdog website doesn’t say much, it does have this: 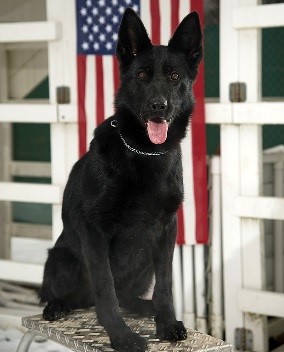 Now there’s a face you can trust.