A lawyer for a cheerleader kicked off of her high school squad over a scurrilous Snap post urged the Third Circuit on Tuesday to affirm their courtroom victory.

PHILADELPHIA (CN) — A lawyer for a cheerleader kicked off of her high school squad over a scurrilous Snap post urged the Third Circuit on Tuesday to affirm their courtroom victory.

“Schools can’t reach outside of their authority and punish students for outside speech,” American Civil Liberties attorney Sara Rose argued before the federal appeals court in Philadelphia. “That is dangerous.” 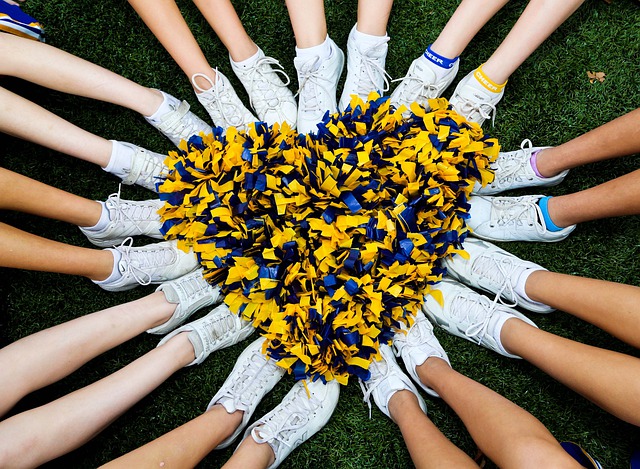 The case began when the teen, referred to only by her initials B.L., did not make the varsity cheer squad at Mahanoy Area School District for the 2017-18 school year.

Frustrated that she was assigned to the JV team for another year, B.L. took to the app formerly known as Snapchat while at a local convince store with a friend. “Fuck school, fuck softball, fuck cheer, fuck everything,” she wrote, alongside a photo that showed her giving the middle finger.

The post made its way back to her coaches who decided she should be kicked off the team all together. Her parents, Lawrence and Betty Lou Levy, filed suit, persuading a federal judge this year at summary judgment that their daughter’s words are protected under the First Amendment.

Michael Levin, a lawyer based in Huntingdon Valley, is leading the school’s appeal. He argued to the three-judge panel Tuesday morning that the social media post was about the school, so it had every right to remove her from extracurricular activities.

“This post was definitely related to school context,” Levin said. “It was sent to other students and referred directly to school.”

U.S. Circuit Judge Cheryl Ann Krause understood his point, but expressed concern on how it would translate to other students.

“How do we draw that line,” asked Krause, an Obama appointee. “Being kicked off extracurricular activities for speech would chill other students.”

Levin agreed but stressed the importance for the school to have room to discipline.

The Levys’ lawyer pushed back, urging the panel that ruled aimed at disciplining students for outside speech can get dicey.

“There has to be some breathing room for students to engage in speech,” said Rose. “Putting these rules in place makes it very hard to draw the line.”

Krause noted that student-athletes are often looked at as a representative of the school, and questioned why they should not be punished for things said about the school even if they are not on campus.

Rose disagreed, arguing that it is not fair to place that role on kids.

“Students are the customers of the school, not representatives,” said Rose.

U.S. Circuit Judge Stephanos Bibas raised a hypothetical point about when a school should step in.

“What about the student who brags about his gun collections and talks about Columbine and Sandy Hook, do you think the school is unable to punish him even though it’s not a threat,” asked Bibas, a Trump appointee.

Rose agreed that is a serious concern that should face consequences.

Frank LeMonte, director of the Brechner Center for Freedom of Information at the University of Florida, has been following this case closely and says it's an important one for students rights.

"Schools frequently argue that they can take away 'privileges' freely and without any constitutional redress, but that terribly misconceives the way that the First Amendment works, and the Third Circuit should unequivocally say so,” LeMonte said in an email.

LeMonte further stressed that it is not the schools’ place to handle off campus speech.

"If a school has the authority to police off-campus speech with the same level of control as on-campus speech, then schools are going to be fully in the parenting business, refereeing minor name-calling disagreements that ought to be settled by the students and their families," LeMonte continued.

LeMonte pointed out that it would be "inconceivable" if we allowed any other government agency to punish people for expressing their dissatisfaction.

"If you write a blog post profanely criticizing the inefficiency of the DMV, they don't come to your house and take your driver's license away," said LeMonte.

A famous precedent invoked by both parties at oral arguments comes from the 1969 Supreme Court ruling in Tinker v. Des Moines Independent School District, a case where students were suspended for wearing black armbands in protest to the Vietnam War, that for schools to censor speech it must hat student expression would lead to either a substantial disruption of the school environment, or an invasion of other students’ rights.

Attorneys for both parties did not immediately respond to emails seeking comment.

The panel was rounded out by U.S. Circuit Judge Thomas Ambro.