I don’t care what the experts say about the coronavirus, I ain’t going to stop kissing my dog. There, I said it and I’m glad.

I don’t care what the experts say about the coronavirus, I ain’t going to stop kissing my dog. There, I said it and I’m glad.

I’m not a doctor, and I ain’t seen one lately because I don’t have a TV, but I know that the way people are responding to this disease is nuts. And I’m not talking about just the sociopathic raving idiocies from our Liar in Chief. I’m talking about Joe Six-Pack. 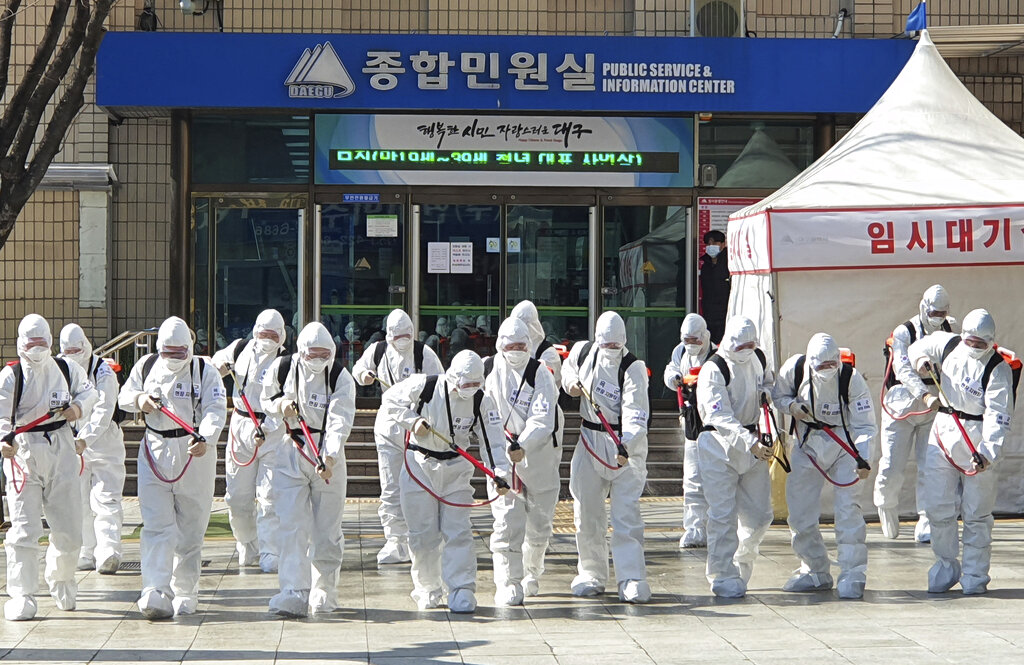 My Kroger in Denver was not only sold out of toilet paper Thursday, it was sold out of eggs.

The Kroger 2 miles away was sold out of breakfast cereal, potatoes and onions.

Stores are closing three hours early because people are doing so much panic-buying the stores need the extra time to restock their depleted shelves.

Look, we all know the toilet paper frenzy is idiotic — but is anyone really trembling in fear that they may run out of onions?

I have seen 500 or so Associated Press photos about the coronavirus from around the world. About 300 were people in masks, and 200 of them people in HazMat suits spraying disinfectant on streets and buildings.

Now, Listen to Me:

I do not believe there has been a single case of asphalt-to-human coronavirus transmission.

Who, exactly, do governments around the world think they are protecting by spraying the streets with Clorox? Apart from a wino here and there who might fall face-first into a gutter?

Stay six feet away from winos.

Don’t thrust your face directly into the gutter.

I’m not trying to make light of this pandemic.

I’m trying to make light of the government officials on every level — municipal, state, provincial and national — whose first resort is to bullshit: to Try to Show that They Are Doing Something — that they are Taking This Seriously — though they did not.

The chief promoter of bullshit, as usual, has been liddle don the john Drumpf.

Perhaps his most obnoxious lie about the pandemic was when he said that anyone who needs or wants to be tested for the virus can do so anywhere in the United States.

That was bullshit then and it’s bullshit now. Our national testing system for this pandemic is a disaster.

We are miles behind China, South Korea and even Italy in providing access to these medical tests.

A close second for the most noxious and dangerous bullshit that el presidente drumpf stuffed down our throats was that he was not responsible for dismantling the National Security Council directorate for global health and security and biodefense.

And what was el presidente’s response when asked about why he closed down this important national defense agency we could have gone to, did it still exist?

“Well, I just think it’s a nasty question,” Trump spit at the black woman who had the courage to ask the question.

A few days later, his Highness the little donjon blamed “the administration” for dismantling the pandemic coordination office.

“The administration,” was to blame, hey?

I wonder what we could do about that?