Norman Whitton, managing director of the Electric Interstate Highway Standards Association, said the cost of electric cars is projected to fall to the cost of cars powered by internal combustion engines by 2023.

“But electricity is way cheaper than gasoline. So the actual cost of operating your vehicle as an electric vehicle will be considerably less and we’re going to see that start driving a large increase in electric vehicles sold,” Whitton told more than 200 people at the symposium at the University of Houston on Tuesday. 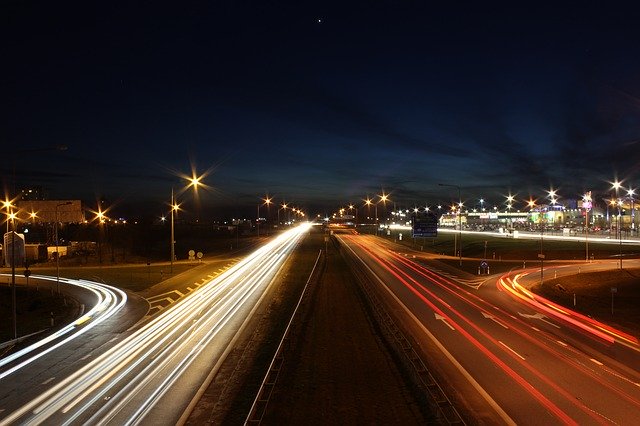 Experts say maintenance costs for electric vehicles are negligible because they have few moving parts compared to the thousands in gasoline- and diesel-powered vehicles.

Whitton said the advent of electric vehicles will bust the government’s piggy bank of fuel taxes it uses to maintain and build interstate highways.

Whitton laid out an “integrated highway concept” in which self-driving electric semitrucks would be powered by wires transmitting solar power from panels on the shoulders of the road or a canopy, instead of heavy batteries that would reduce cargo capacity, while autonomous electric passenger cars zip by in designated lanes at 120 mph.

“It may be ugly to some … but if you’re riding in that vehicle and you’re not driving it anymore, probably you are going to be playing your entertainment systems inside. You’re going to be moving under the control of something that is very safe, very fast, very energy-efficient,” Whitton said.

Though there are few electric semitrucks on the market due to a shortage of battery producers, Whitton said trucking companies are already testing autonomous vehicles.

“I believe today we actually have highway trucks that are being driven autonomously,” he said. “They’re not publicized because truck owners don’t want to have people vandalizing or causing troubles with those trucks. They’re often being done with safety drivers.”

Whitton said the shift is inevitable for the trucking industry because it costs nearly $2 per mile to drive a truck, and two-thirds of that cost is the driver and fuel, citing statistics from the American Trucking Association.

Whitton said the technology needed for wired highways is “20 years down the road.”

The California robotics company Nuro is preparing to roll out small electric autonomous delivery vehicles on Houston streets within weeks.

Symposium panelist Sola Lawal, a Nuro operations manager, said it is partnering with Kroger, Walmart and Domino’s Pizza for its Houston trial run, its second in the nation. Two of its robots delivered groceries for Kroger affiliate Fry’s Food Stores in Scottsdale, Ariz. last year.

Kroger will charge a $5.95 delivery fee. Walmart and Domino’s have yet to set their fees. The robots will make deliveries to designated curbside spots and customers will enter a code to unlock the robots’ doors and get their stuff.

Lawal said Nuro’s goals are to “upend the model of how people run errands today,” “to drive down the cost of delivery to the point that it’s essentially free” and to build a platform on which any business that wants to deliver anything can do so.

Lawal said Domino’s executives approached Nuro because its pizza delivery orders vary throughout the week and business is not steady enough for a driver to make it a full-time job.

Another company banking on the electrification revolution is Texas Central Partners LLC, which plans to build a 230-mile high-speed rail line from Houston to Dallas and says service could start as early as 2026.

Its managing director Holly Reed sat on the panel and said the rail will be powered by overhead electric lines and will use 12 megawatts accelerating out of stations and six megawatts at cruising speed of 200 mph, cutting down the four-hour drive between the cities to 90 minutes.

Reed said the company looked at 90 pairs of cities to figure out where it would be most profitable before settling on Houston and Dallas. “There are 7.5 million people in both [greater] Houston and North Texas and just 500 feet of elevation change,” Reed said.

She said Texas Central hopes to have an environmental impact study, required by the Federal Railroad Administration, completed by this summer

By reducing vehicular traffic, Reed said, the rail will help four counties along its proposed route which are “nonattainment” areas, with worse air quality than standards set by the Clean Air Act.

Some people living in rural areas have complained the rail will be noisy and ruin their way of life.

But Reed said the rail will serve to confine to cities the “exponential [population] growth that Texas is experiencing,” without the need to expand highways and bring attendant development to country towns.

“The rail is the most efficient and cleanest way to move the most people with the least impact. And I think we will look to do this more frequently over time to make sure rural Texas stays rural,” she said.