Why do birds of a feather stick together, even when it would be better for both if they set one another free? Research published in the Proceedings of the National Academy of Sciences on Monday analyzes the costs of cooperation in long-term mating birds to explain the evolutionary origin of post-coital couples. 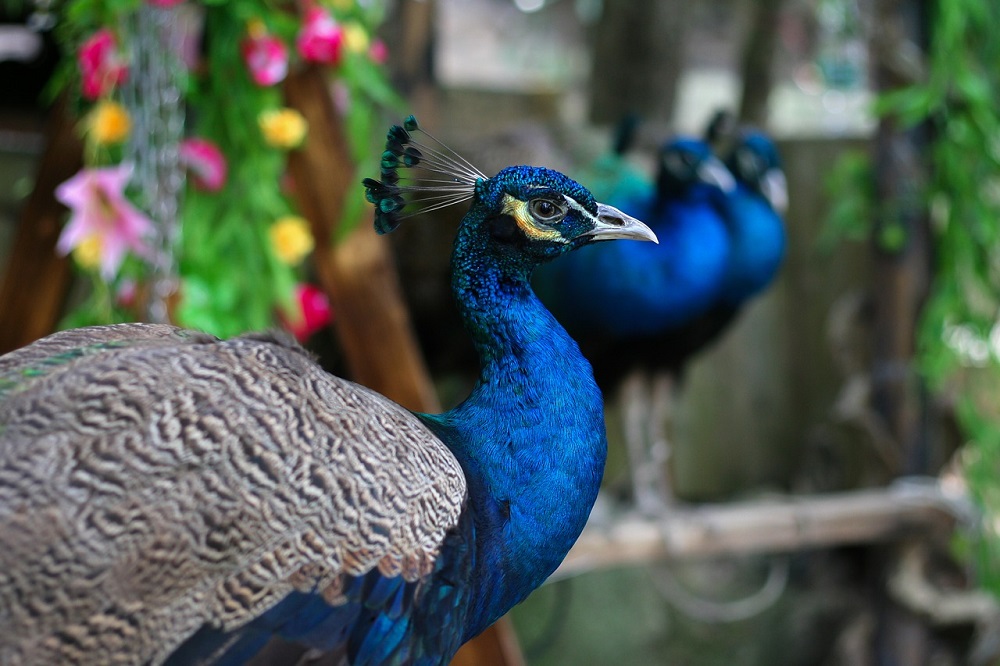 (CN) – Why do birds of a feather stick together, even when it would be better for both if they set one another free? Research published in the Proceedings of the National Academy of Sciences on Monday analyzes the costs of cooperation in long-term mating birds to explain the evolutionary origin of post-coital couples.

From the peacock’s feathers to the red-crowned crane’s dance, male birds often create elegant displays to attract a female mate. In the case of monogamous birds, some males only display after they’ve mated – an act often anthropomorphized as a display of affection, but in biology simply called a display. Even then, rather than fly off to be woo other lady birds while the weather’s warm, male birds commonly remain with their mate and continue their displays.

“I caught a female goldfinch, placed her in a bird bag and carried it back to the banding station. All the way back to the station, her mate followed, calling," said University of Chicago biologist Trevor Price, a senior author of the study, in a statement.

"He waited impatiently in a nearby tree as I banded the female, and when I released her the pair flew off together in close company, twittering,” Price continued. “This kind of thing happens in many other species, too, so forming a strong pair bond and emotional attachments between a male and female is evidently not only a feature of humans.”

But this devotion can come at a cost.

Picture a male, singing love songs rather than foraging for his offspring. While this costs him and his nest precious food for energy, he is also losing out on other mating opportunities.

Females can produce more eggs or larger eggs, and often work harder at raising them when her mate remains and continues his song. But this extra mothering affects her chances of survival: If a female is raising too many babies or skipping too many meals to feed them, she might not live to mate another season.

If a male’s display leads his mate to overinvest in her nest so much it reduces her survival rate, selection eventually favors females who ignore the male’s display. When females stop responding, the display no longer gives males an advantage and, like a bad fashion trend, the trait can disappear.

To understand the benefits of displaying and long-term relationships, biologists at University of Chicago and the University of North Carolina developed a model with haploid genetics to show when and how the couple and their chicks benefit.

Taking into account death and divorce, the model looks at genetic success over several generations and mating pairs. The model assumes males and females pair at random but stick to strict social and genetic monogamy thereafter.

"We find that a stable equilibrium can indeed be attained where all males display and all females respond to the display," the researchers wrote. "Pair bond is strengthened, and displays between the sexes accumulate over evolutionary time, even in the absence of sexual selection."

The male’s display is most beneficial if it pushes a female to optimum capacity, rather than beyond her ability.

Say the environment is changing, maybe humans are building a road next to a park where birds nest. The change stresses the female, causing her to produce below optimum, or maybe she spends less time foraging and more time on guard. In this case, her mate’s display pushes her back on track to provide better care to her offspring – within but not beyond her capacity – increasing survival chances for both her and her young in the new environment.

Over time, females may come to rely on cues from the males’ display in order produce an optimum number of offspring, and in his absence, she would under-produce or under-care for her clutch.

This balance of benefits is necessary for both the male display and the female response to remain in the gene pool.

"The models enable us to see the wide ranges of conditions that can cause displays to become stuck in the population, evolutionarily, and that can lead to this result," noted Dr. Maria Servedio of the University of North Carolina at Chapel Hill in a statement. Servedio specializes in the evolution of premating isolation and sexual selection.

The study, "Evolution of Sexual Cooperation From Sexual Conflict," was supported by the National Science Foundation and the Norwegian Research Council.