Researchers have linked daylight saving time to at least 28 fatal car accidents per year in the United States alone – and they say it may be time to do away with the clock-changing practice altogether.

(CN) – Researchers have linked daylight saving time to at least 28 fatal car accidents per year in the United States alone – and they say it may be time to do away with the clock-changing practice altogether.

Their study, published Thursday in Current Biology, details the largest examination of the potential dangers associated with turning clocks backward in the fall and forward in the spring. Researchers specifically looked to see whether previously held beliefs that daylight saving time is a potential contributor to a host of serious problems, such as higher risks of heart attacks, accidents in the workplace and even suicides, hold water. 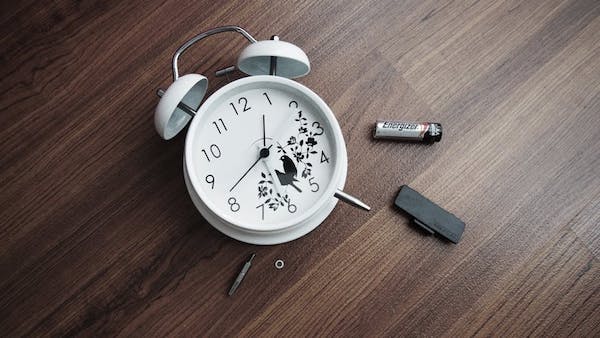 They found that while links between daylight saving time and some of those issues are far from conclusive, the practice of springing forward can definitively be linked to an increase in deadly car crashes.

The study suggests that the main cause of this is that when the time changes in the spring, the drastic and sudden change of lighting in the early morning throws off the circadian rhythms of drivers for a notable period of time. Coupled with a change in visibility in the early hours of the day, the result is negative and potentially deadly consequences for drivers making early commutes.

Researchers found that this effect is even stronger in the more westward areas of a time zone, where sunrise is delayed even more and can result in even worse circadian imbalance.

Céline Vetter, a circadian sleep scientist at the University of Colorado, Boulder, and senior author of the study, says that this research data paints a clear picture on the very tangible dangers of daylight saving time.

"The acute adverse effects of DST on fatal traffic accident risk are real and can be prevented. Although the observed effects are of moderate size and are not long-lasting, we must not forget that DST transition affects billions of people every year, and thus small changes in risk can have a substantial public health impact,” Vetter said with the release of the study.

The study reports that while the consequences of daylight saving time may not seem like much in the short term, a wider perspective shows just how far the problem goes.

Researchers examined the Fatality Analysis Reporting System, a federal registry that has tracked 732,835 deadly car accidents within the last two decades in the United States. Using the data from the registry, researchers created a timeline that shows an increase of 5.7 more deadly traffic accidents each workday after the spring time change, resulting in around 28 more deadly outcomes in that week than there would have been at other times. Adding these weeks up over the 22-year period, researchers monitored, the total number comes out to around 626 entirely preventable deadly crashes.

Vetter believes that as large as this number sounds, the actual number is likely quite larger.

"The public health impact of the DST transition regarding fatal traffic accident risk is clear from our data. Because our data only included the most severe accidents, namely where a fatality was recorded, this estimation is likely an underestimation of the true risk,” Vetter said.

While several jurisdictions have or are currently debating dumping the biannual clock changes for permanent daylight savings time – including California, New York and the European Union – the researchers hope their findings will encourage governments to do away with daylight saving time and stick with standard time permanently.