Decades of efforts, including billions of dollars spent, to prevent the extinction of 13 species of Columbia River salmon and steelhead were stymied by the resurgence of gregarious mammals who themselves returned from the brink. Now, a new plan backed by Native American tribes and three states would attempt to protect the fish by killing more sea lions. 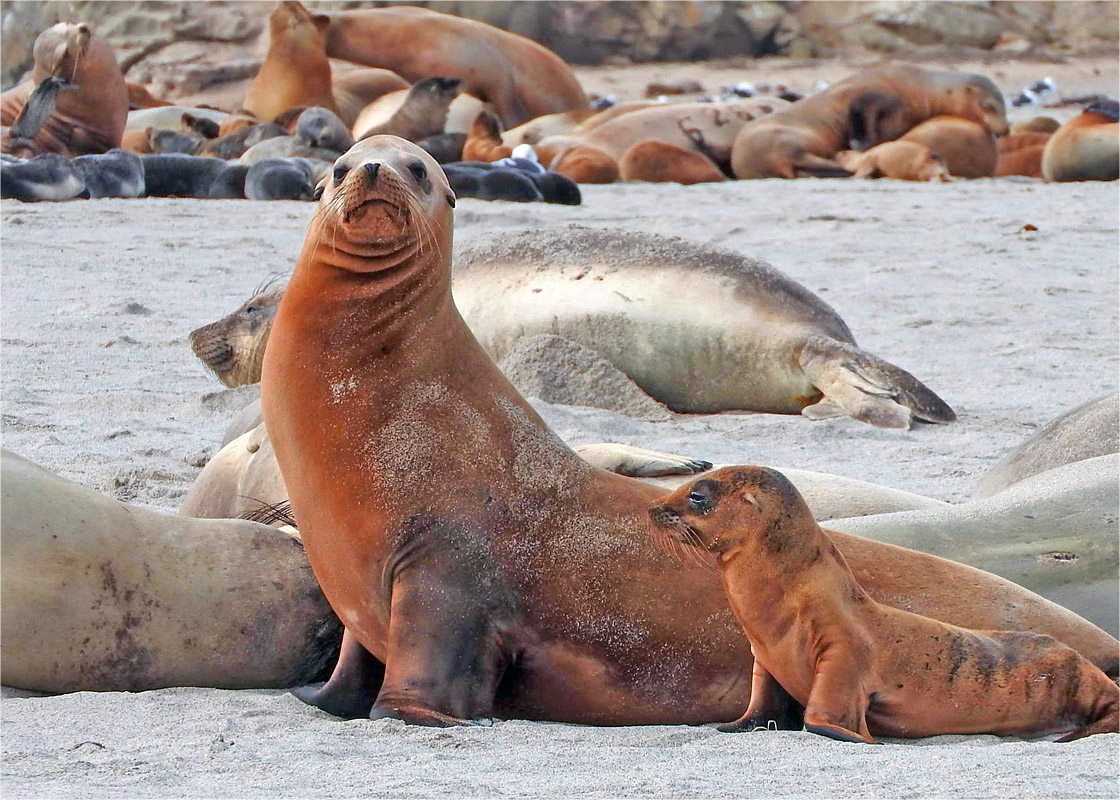 PORTLAND, Ore. (CN) – Decades of efforts, including billions of dollars spent, to prevent the extinction of 13 species of Columbia River salmon and steelhead were stymied by the resurgence of gregarious mammals who themselves returned from the brink. Now, a new plan backed by Native American tribes and three states would attempt to protect the fish by killing more sea lions.

Sea lions are a success story. California’s rebounded from below 90,000 animals in 1975 to a high of 306,000 in 2012 – above carrying capacity for sustainability in the ecosystem. Since then, their numbers have declined to slightly below carrying capacity because of unusually warm ocean conditions known as “the blob.” Stellar sea lions were removed from the Endangered Species List in 2013.

As their numbers surged, their territory grew. And a few discovered a perpetual banquet: the calm waters below dams in the Columbia River, where imperiled runs of salmon and steelhead rest before leaping ladders and falls during the arduous journey home to their spawning grounds.

And that’s the worst moment for those fish to be eaten, according to Michael Milstein, spokesman for National Marine Fisheries Service.

“The fish that are coming back, the whole region is working hard to recover them,” Milstein said. “These are the adult fish that are the most valuable in their life cycle because they made gauntlet of going to ocean and coming back and are so close to their spawning grounds, it’s a shame to lose them at that point.”

Since 2008, federal agencies have removed individual California sea lions from below Bonneville Dam – after trying nonlethal methods such as hazing and relocation for animals caught eating listed fish that were marked and verified to return. Last year, an additional permit allowed Oregon to remove sea lions feasting on dwindling winter steelhead at Willamette Falls.

It is a protective measure that was spearheaded by Columbia River tribes, according to Chuck Hudson, governmental affairs director with Columbia River Intertribal Fish Commission, which represents four of the six tribes that proposed the new plan alongside Oregon, Washington and Idaho.

“Our tribes have been concerned about sea lion predation since we saw the population begin to spike nearly 20 years ago,” Hudson said.

But the process to remove individually indicted animals was slow, which meant that protected fish still were eaten in droves. In 2015 alone, sea lions consumed an estimated 200,000 spring Chinook – nearly half the returning adult population.

History shows where such numbers can lead. Lake Washington’s winter steelhead were decimated in the 1980s and 1990s by sea lions camped out at Seattle’s Ballard Locks. Steelhead there remain critically low and are not expected to recover.

So the tribes and the states proposed raising the limit to allow the killing of as many as 900 California and 250 Stellar sea lions per year. The proposal would also toss the requirement to prove each animal was eating protected fish. Years of observational studies and analysis of their scat has shown that those present at the dam, 146 miles from the mouth of the Columbia, are there to eat salmon and steelhead.

Public comment ended Tuesday. The majority were against the plan at a rate of roughly two to one. National Marine Fisheries Service will make a final decision in 12 to 18 months, after its task force reviews the proposal.

Hudson said controlling predators – both mammalian and avian – would be necessary until salmon no longer struggled to survive.

“The long-term pathway is not perpetual killing of sea lions, but it is a necessary measure now and until we can accomplish restoration of ecological abundance – not only in the Columbia, but in other salmon-producing systems,” Hudson said. “We simply do our very best, with the authorities we have, to preserve a tenuous balance in a drastically altered environment.”