“The plaintiffs do not face death sentences and thus the execution protocol does not impair or threaten to interfere with their legal rights,” Justice Jonathan J. Papik wrote in a 14-page opinion. 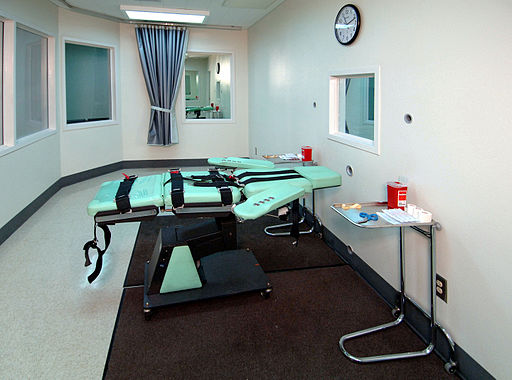 Papik is in his second year on the bench and previously clerked for now-U.S. Supreme Court Justice Neil Gorsuch in the Tenth Circuit.

Filed in January 2017 by long-time death penalty foes state Senator Ernie Chambers and the Rev. Stephen C. Griffith, the lawsuit sought to void state’s new execution protocol and asked a judge to bar the state from using it to put prisoners to death.

Chambers and Griffith claimed the Department of Correctional Services violated state law by failing to provide all working drafts of the new rules prior to a public hearing and that the state’s lack of transparency rendered the lethal injection policy void. They also cited due process objections, as corrections did not consult with any outside parties while forming the new protocol.

The current rules were adopted in January 2017. At the time, Chambers said, “It’s clear this is a political document, not a scholarly document.”

Despite concerns about the legitimacy of the protocol and transparency objections raised by pharmaceutical companies, Nebraska executed prisoner Carey Dean Moore in August 2018, its first execution in 21 years. The fact that Moore wished for his death sentence to be carried out was a determining factor in allowing his execution to proceed.

Since then, corrections officials have acknowledged they lack the drugs to proceed with another execution, as their old supply expired and no manufacturer will sell them the needed compounds if they will be used for harm.

In this most recent case, ACLU of Nebraska, on behalf of Chambers and Griffith, appealed a lower court decision and argued the court erred in finding the plaintiffs lacked standing.

“Plaintiffs contend that this language shows the Legislature must have intended to allow challenges to regulations by individuals asserting the infringement of a procedural right to participate in the regulation making process. We are not persuaded,” Papik wrote, adding the law doesn’t specify who can seek invalidation of rules and that the plaintiff’s interpretation stretched too far.

“Our decision today does not speak to the merits of plaintiffs’ claims regarding the adoption of the execution protocol,” Papik concluded. “Instead, we find that the district court correctly dismissed the action without reaching the merits, because the plaintiffs lack standing.”

In a statement, Danielle Conrad, executive director of ACLU of Nebraska, similarly notes the opinion leaves the greater issue unresolved.

“Today’s ruling does not resolve the individual claims of those on death row regarding the deficient and improper procedures that the Department of Corrections followed when establishing Nebraska’s present lethal injection protocol. These problems will continue to drain resources from our crisis-riddled prison system, courts and Legislature until we rejoin our sister states who have turned away from the death penalty,” Conrad wrote.

In a concurring opinion, Justice Lindsey Miller-Lerman emphasized a death row prisoner would have standing to challenge the execution protocol on procedural grounds.