Investors in a Baltimore rental-management company filed a federal class action for fraud and racketeering Wednesday, saying the brothers who control WAZ-Management misled them about the price, condition and even the number of units in the buildings sold.

BALTIMORE (CN) — Investors in a Baltimore rental-management company filed a federal class action for fraud and racketeering Wednesday, saying the brothers who control WAZ-Management misled them about the price, condition and even the number of units in the buildings sold.

“Defendants provided investors written materials falsely describing properties as multifamily buildings that actually were single-family; and the quality of the realty and the attractiveness and stability of the investment returns they generated were materially misrepresented by providing the investors falsified rental leases and rent rolls inflating the properties’ profitability,” the 125-page complaint states.

The investors claim Isaac and Benjamin Ouazana overcharged for renovation work that was often not done, then kept rents for themselves, while failing to pay property taxes and bank mortgages or, in some cases, reselling the buildings to others.

Represented by Washington attorney Jamil Zouaoui of Mizene PLLC, two Israeli citizens and their local holding companies brought the lawsuit in U.S. District Court for the District of Maryland.

“Defendants misrepresent or conceal material facts that can include the rental revenue of the properties, the repairs needed or performed, the expenses needed or charged to the victims, the amounts owed by the victims for such repairs or other operational expenses, the existence of city fines for exigent circumstances resulting in housing code violations, etc.," the complaint states.

"The objective of these misrepresentations is to systematically misappropriate the passive investors funds, deprive them of their rightful rental income from these properties, and cause them to pay additional sums for fictitious expenses that Defendants simply keep for themselves.” 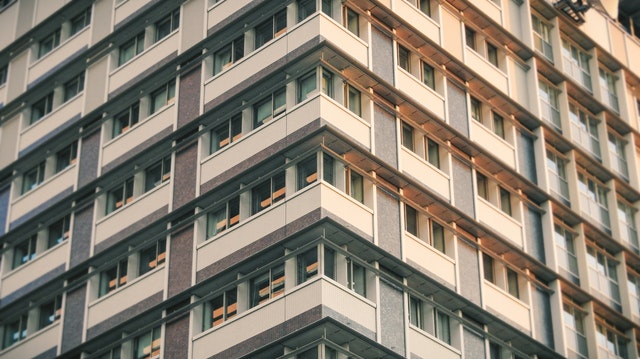 For decades, Baltimore’s housing market has staggered under waves of real estate fraud schemes. In the 1960s, block-busters stampeded working-class white homeowners from neighborhoods in the west and northwest of the city.

By the 1990s a flipping scandal gripped a huge swath of the east side as investors snapped up row houses for a few thousand dollars, painted and carpeted the interiors, and sold the dilapidated homes to single mothers for $50,000 and up by misrepresenting their condition, resulting in foreclosures and, in one infamous case, a building collapse.

A task force was empaneled, but the practice continued in the 2000s as “real estate schools” (including President Trump’s eponymous university) trolled for the desperate and naive.

Gerard Layani and co-plaintiff Yehuda Ragones allege that the Ouazana brothers combined most or all of the classic tactics: selling houses they didn’t own, telling investors their units weren’t rented even though they were, and taking the rents.

“Plaintiffs also uncovered instances where, as happened to Plaintiff Ragones, even after Defendants’ fraud was discovered and the management agreement was terminated, the Ouazana Defendants unlawfully continued to exercise control over properties they no longer managed, placing tenants in them, and collecting rents without the owner’s knowledge or permission.”

The defendants sold the plaintiffs a house they did not own, for a “package price” (including needed renovations) of $55,000, including $44,000 for the building as-is, according to the complaint.

The defendants bought the house a week after the purported sale to the plaintiffs, and after they emailed the forged “deed” to them. They bought it for $13,650, according to the lawsuit, netting an instant profit of more than $41,000. They did not record the sale to the plaintiffs for more than a year, and recorded the price as $21,000 “to avoid a transfer tax.”

The investors claim the deals got bolder after that.

In one deal, the brothers pitched an apartment building with four two-bedroom units. The plaintiffs promptly paid $170,000 in cash for it, only to learn much later that the defendants didn’t own the building until later, paid just $30,000 for it, and that it was actually a single-family home, not a multi-unit apartment building at all.

The lawsuit claims the brothers soaked the plaintiffs for more money after that, claiming it was for additional renovations, then presented them with four leases purporting to show rentals of the units totaling $3,275 per month.

“Defendants’ representation that the property had four units rented to four tenants also turned out to be false because, during their March 2018 site visit, the Layani Plaintiffs discovered for the first time that this single-family building had been rented to one tenant only, a business operating an assisted living facility on the entire premises without Plaintiffs’ knowledge or permission, and without proper insurance or business licenses,” the complaint states.

In 2017, The Baltimore Sun published an investigation of the city’s rent court, concluding that both law and practice were tilted deeply in favor of landlords and against tenants.

The lead anecdote was a WAZ tenant whose home’s electrical service was illegally poached from another building. The judge ordered WAZ to refund half the security deposit and ordered the tenant to vacate the unit within two weeks.

An email, phone and text message made to WAZ-Management after business hours Wednesday was not immediately returned.