In an African Forest, the Enduring Mystery of a Giant Butterfly

Suspended from branches high above the ground, Nicolas Moulin looked through his binoculars over a seemingly endless sea of emerald green.

FOREST OF LOBAYE, Central African Republic (AFP) — Suspended from branches high above the ground, Nicolas Moulin looked through his binoculars over a seemingly endless sea of emerald green. 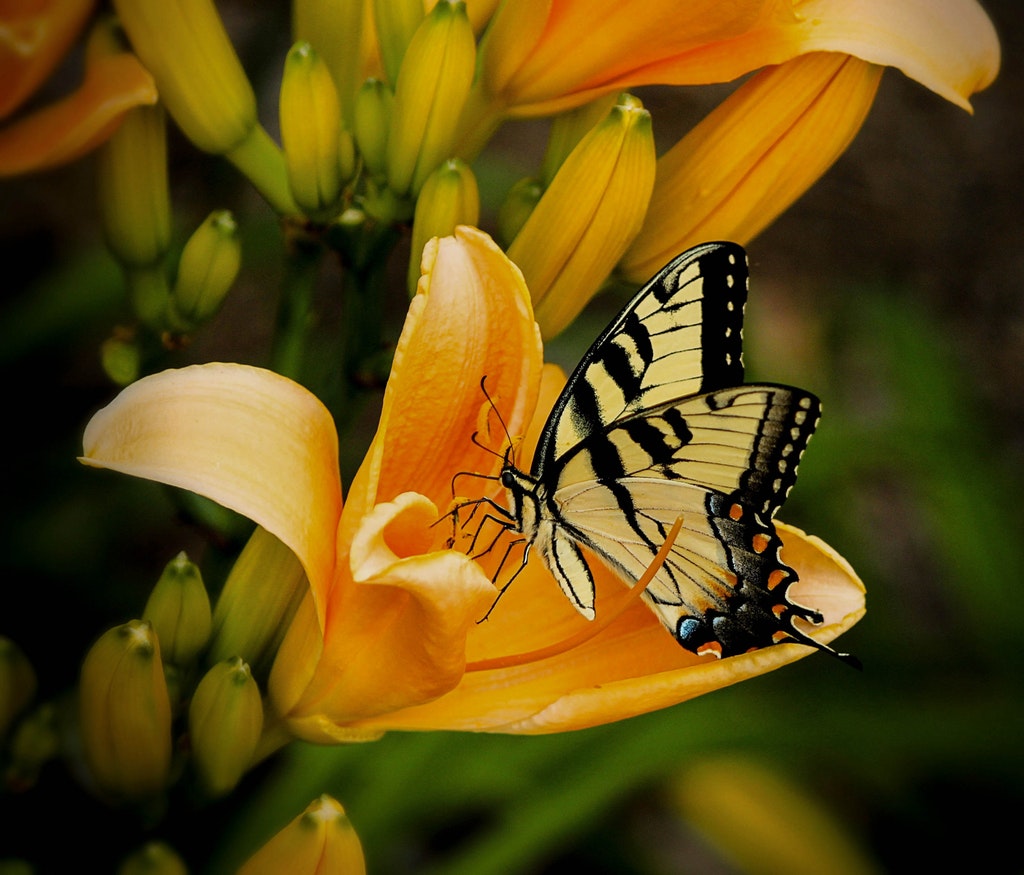 Somewhere beneath the forest canopy was the African giant swallowtail: the largest butterfly to appear by day on the African continent, virtually unrecorded in scientific annals but known to be venomous.

The species, known in Latin as Papilio antimachus, was discovered in 1782.

Its black-streaked orange-brown wings are extraordinary. They reach up to 9.8 inches across, making it one of the largest butterflies in the world.

But, just as remarkable, nobody has ever been able to study the creature in its state as caterpillar or chrysalis — keys to understanding its life cycle and longevity.

Seeking to unlock the mystery, a privately-financed French expedition of about 20 people set up camp in the far south of the Central African Republic, on the banks of the Lobaye river, which winds like a copper snake through primary forest.

"This is a place for poachers — the male (butterflies) come to ingest mineral salts on the bank and are captured," Moulin said from his perch 130 feet above the ground.

Collages created from the wings of butterflies are a prized art form in the CAR and provide a living for many hunters. Abroad, a giant swallowtail specimen can sell for $1,700.

The males flutter close to the ground but the females live right up in the forest canopy. There, they feast on flowers exposed to direct sunlight and are hardly ever seen.

"This species, like many others, is becoming increasingly rare," said the expedition's senior scientist, entomologist Philippe Annoyer.

But how rare is the big question.

P. antimachus is so elusive that there is insufficient data to determine its conservation status.

"The details we have date from the 1960s and consist of half a page in a scientific journal," said Annoyer.

The researchers speculate that the giant butterfly most likely gets its venom when its caterpillar ingests the leaves of Strophanthus gratus — a thick, woody liana that winds among the treetops and bears flagrant flowers.

The team planned to pinpoint the flowers in the forest canopy with the help of a drone.

Then, it was hoped, they could set up a sophisticated network of ropes enabling people to move around the heights to explore the whole length of the liana.

That way, they might find a P. antimachus caterpillar, according to this scheme... even though nobody knew quite what these caterpillars looked like.

The uncertainties were no deterrent to scientists whose faces light up at the sight of a rare fern or a praying mantis. The team was given three weeks to study in ideal terrain.

The challenge was rugged but Annoyer, a Frenchman born in Ivory Coast, was in his element.

An entomologist who might almost be an ancient bushman, with chiselled features and a thick beard, he has been studying the butterflies of central African forests for more than 30 years.

For three decades, Annoyer has also sought to alert the general public to the extinction of these exquisite species, largely in vain.

He hopes that in unveiling the crucial early stages of the life cycle of this African giant, this will encourage people to breed the butterfly.

"The idea is that the local population will be able to provide insects to collectors and (local) artists, and this will brake butterfly hunting," he says.

But after three weeks of trekking, climbing and making inquiries in surrounding villages, the team had still found no trace of the caterpillar or the chrysalis.

Around the camp, the forest fell strangely quiet.

There were no rodents on the ground nor primates or birds in the branches.

But wire snares left by hunters were everywhere.  Each hollow in the stream was deepened by a hole dug by artisanal gold or diamond miners engaged in the main form of subsistence for many local inhabitants.

The armed groups that control two-thirds of the territory in a country long riven by violent upheaval have never taken root in this forested region — but its economic prospects are as barren as for the rest of the poor, landlocked CAR.

The passing days brought their share of disappointments to the expeditionary team, heightening the frustrations.

In one traumatic setback, army ants found their way into a cage holding one of the few specimens of male African giant swallowtails captured in the expedition.

The ants devoured the butterfly in moments, leaving just one wing and a flimsy leg to take back to the laboratory.

The last best hopes now lie with botany samples, which may help to identify the plant that female butterflies use to lay their eggs.

But even if this does not work out, the expedition will at least have enabled a first-hand look at the state of forests in this impoverished conflict-ravaged land.