The Trump administration opened about approximately 720,000 acres of land for oil and gas development in California’s Central Coast as the administration pursues its energy agenda despite local opposition.

(CN) – The Trump administration opened about 720,000 acres of land for oil and gas development in California’s Central Coast as the administration pursues its energy agenda despite local opposition. 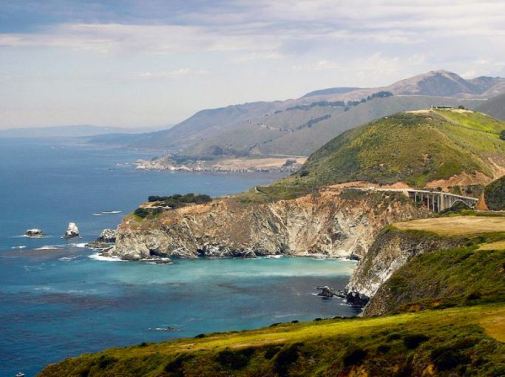 The Resource Management Plan Amendment approved by the Bureau of Land Management means 14 oil and gas leases dormant for the past five years will once again be open to bids from natural resource extraction companies.

Serena Baker, spokeswoman for the BLM, said that while the plan allows the companies to bid on the leases they would still have to perform site-specific environmental analysis before putting a spade in the ground.

“Most of the development is expected in or near already existing oil and gas fields presently around Monterey, San Benito and Fresno counties,” Baker said.

Voters in two of those counties – Monterey and San Benito – recently passed ballot initiatives banning the practice of fracking in their jurisdiction.

The BLM maintains such ordinances only apply to lands within local jurisdiction and federal lands are governed by federal law.

Even so, Clare Lakewood, a senior attorney with the Center for Biological Diversity, said the BLM typically complies with local laws regarding energy policy and other land use matters.

“Whether they continue to do so remains to be seen,” she said.

Alameda County, for instance, recently passed a law that prevents any type of oil and gas drilling within the county. However, it was one of the 11 counties where federally managed land was made available under the BLM plan.

The Trump administration has demonstrated a recent pattern of wielding federal law in a confrontational manner as it relates to California specifically, using the Clean Air Act to undermine the state’s ability to set emissions standards for vehicles and recently citing the Clean Water Act in criticizing the state’s approach to its homelessness crisis.

“This administration has been aggressively targeting California,” Lakewood said.

The BLM says the recent policy has no relation to the pitched battles between state and federal governments and reflects the Trump administration’s broadly implemented approach to energy development on public lands.

Furthermore, despite the new availability of the acreage – which had been temporarily retired after a series of lawsuits in 2013 – industry experts say there is a lack of appetite for oil companies to pursue the permits to get oil wells up and running.

An analysis conducted by the BLM showed the agency expects anywhere from zero to 37 new oil wells to be opened in the next 20 years as a result of the recently unveiled policy. Furthermore, BLM records show there are no current expressions of interest on any of the newly available oil and gas leases, although that could change.

Lakewood said the Center for Biological Diversity has concerns the BLM is underselling the potential for new oil and gas operations in the newly opened areas.

The center believes oil and gas development leads to a raft of environmental and public health problems, including air pollution and its attendant health problems, ecological fragmentation and groundwater contamination.

The study, published in the September issue of Environmental Geosciences, documents the type and number of toxic chemicals used in fracking operations that have migrated to groundwater sources, some of which are used in agriculture irrigation.

Water samples in the Lost Hills and Fruitvale areas of Kern County in California’s Central Valley were found to contain benzene, ethylbenzene and xylene. Benzene is a known cancer-causing agent.

“It’s further evidence that drilling for oil and gas is a dangerous practice,” Lakewood said.