Last month Earth saw the second warmest November since scientists began tracking findings 140 years ago, according to a report released Monday by NOAA. 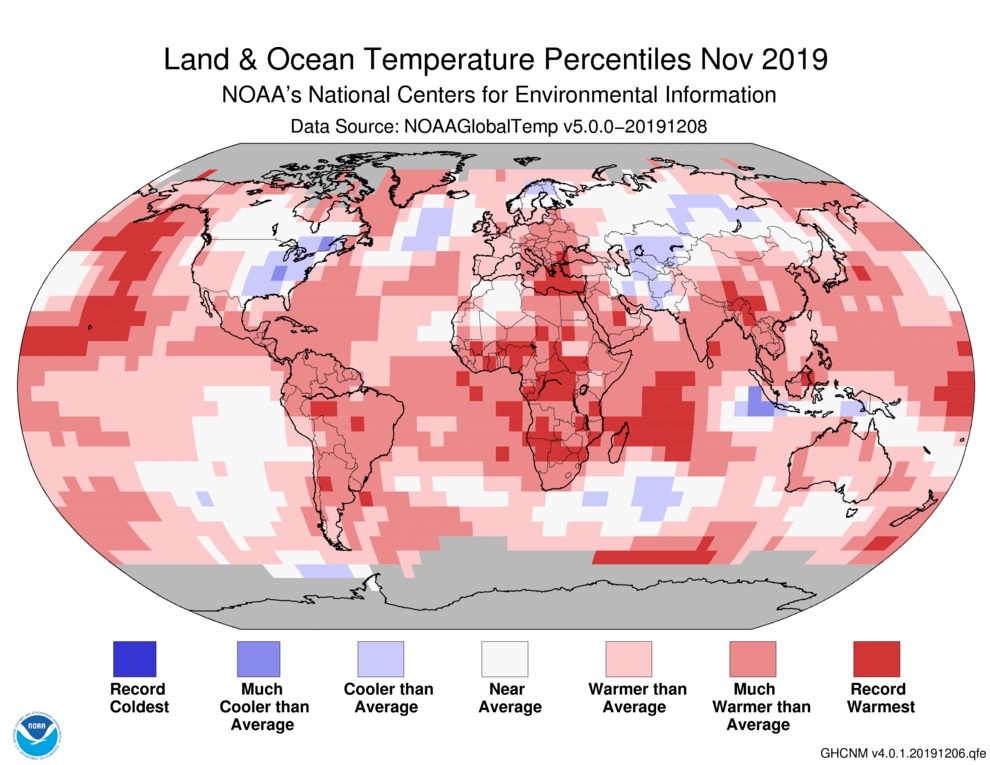 Scientists at the National Oceanic and Atmospheric Administration’s National Centers for Environmental Information announced the findings as part of its November report on the global climate.

November was the 419th consecutive month with temperatures above average, according to the report.

Some areas did see cooler-than-average temperatures this month, like the eastern half of the United States, southeastern Canada, parts of the Atlantic Ocean, and parts of Asia. 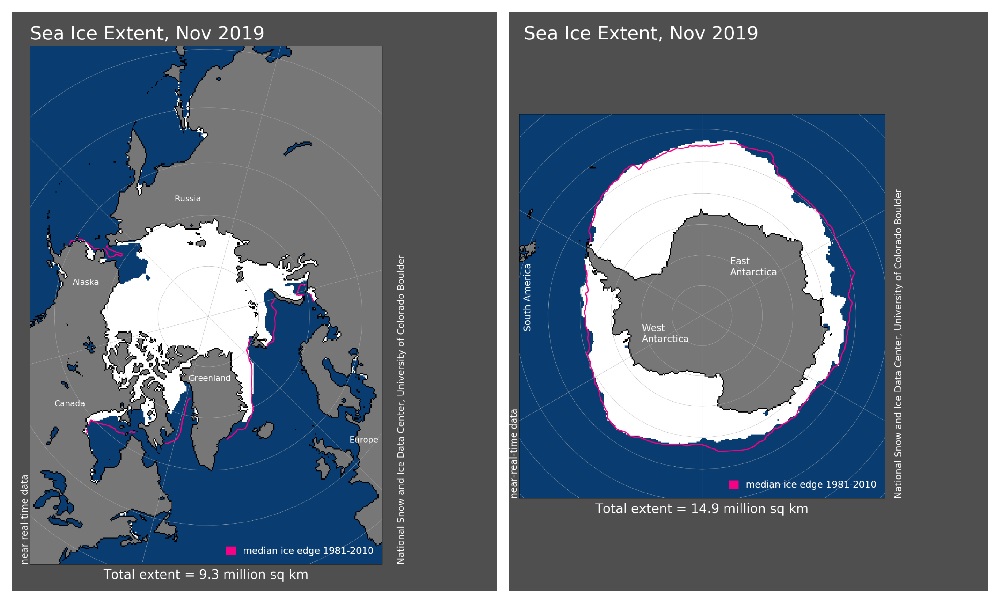 Earth’s polar regions saw bad news as well. According to an analysis by the National Snow and Ice Data Center using information from NOAA and NASA, the Arctic and Antarctic saw the second lowest level sea-ice coverage ever in November. Arctic sea ice coverage was down 12.8% from the 1981-2010 average, and Antarctic coverage was 6.4% below average.

Snow cover in the Northern Hemisphere during November was up 1.2 million square miles above average, making it the fifth highest snow cover for a November in the 54-year record.

The heat experienced globally in November will likely contribute to make 2019 the second warmest year ever, however.

Temperatures in 2019 were 1.69 degrees Fahrenheit above the 20th-century average, the report states.

While 2019 is not the warmest year on record, many continents have experienced their hottest year ever.

“Record-warm temperatures during the year-to-date period were present across parts of North America, South America, Europe, the southern half of Africa, northern and southern Asia, Australia, and New Zealand,” according to the report.

The Earth’s oceans have not fared better this year.

“Across the oceans, record warm year-to-date temperatures were present across parts of northern and southwestern Pacific Ocean, the Atlantic Ocean, and the western Indian Ocean,” the report states. “No land or ocean areas had record cold temperatures during January – November 2019.” 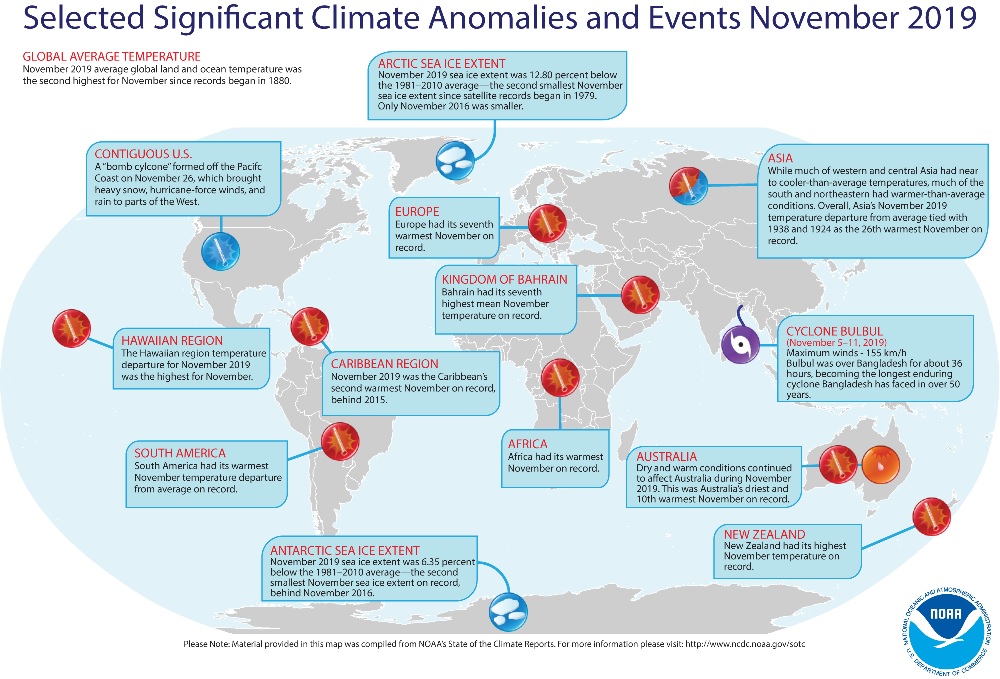