The only person Dylann Roof told of his plan to slaughter worshipers at a historically black church in Charleston, South Carolina, in 2015 has been sentenced to 27 months in prison for failing to report a crime and lying to the FBI.

CHARLESTON, S.C. (CN) - The only person Dylann Roof told of his plan to slaughter worshipers at a historically black South Carolina church in 2015 has been sentenced to 27 months in prison for failing to report a crime and lying to the FBI. 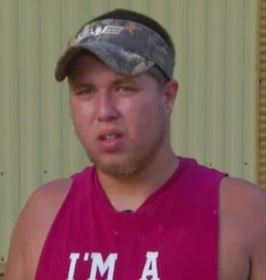 Meek has admitted Roof told him of his plan to kill black members of Charleston's Emanuel AME Church during a long night of drinking, taking drugs and playing video games about a week before the June 17, 2015 massacre.

On Tuesday, he sobbed as Gergel pronounced his sentence.

"I'm really, really sorry. A lot of beautiful lives were taken," he said.

Meek wasn't prosecuted for not reporting Roof's plans. Instead, federal prosecutors said he lied to the FBI by first denying Roof shared his plans and encouraged other friends he had told of Roof's plot to not call authorities.

Meek agreed to plead guilty to that charge, but prosecutors asked for a stiffer sentence than guidelines recommended, seeking to make an example of him. He could have received up to 33 months behind bars.

Meek's lawyer, Deborah Barbier, said that was unfair. Meek has sent handwritten letters to the families of each victim apologizing and added that it hurts him every day when he thinks of what he could have stopped if he had alerted authorities.

Barbier also said the U.S. government shares the burden of not stopping Roof, by failing to finish a background check when he went to buy the gun used in the killings.

Dylann Roof's federal murder trial ended with him being sentenced to death in January. He now faces a separate trial on state murder charges.