An internal Credit Suisse probe confirmed Monday that a second executive had been spied on, following earlier revelations that the bank's former head of wealth management was tailed by private investigators.

GENEVA, Switzerland (AFP) — An internal Credit Suisse probe confirmed Monday that a second executive had been spied on, following earlier revelations that the bank's former head of wealth management was tailed by private investigators. 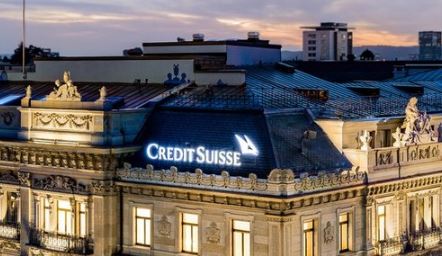 But Switzerland's number two bank maintained that just one senior leader, who has since been forced out, was entirely to blame for both incidents and that rest of the top brass had not been aware of the activities.

Releasing the investigation conducted by the Homburger law firm, Credit Suisse said that "it has been confirmed that Peter Goerke, who was a Member of the Executive Board at the time, was placed under observation by a third-party firm on behalf of Credit Suisse for a period of several days in February 2019."

The probe was launched following media reports last week that spying at Credit Suisse ran deeper than one case.

The banking giant was shaken by the discovery last September that surveillance had been ordered on star banker and former wealth management chief Iqbal Khan.

Kahn was tailed after he jumped ship to competitor UBS, sparking fears he was preparing to poach employees and clients.

That revelation came after Khan confronted the private investigators tailing him, leading to a fight in the heart of Zurich. Khan pressed charges.

The probe results released Monday echoed those findings, concluding that Bouee "issued the mandate to have Peter Goerke put under observation."

"As was the case with Iqbal Khan, this observation was carried out via an intermediary," it said, stressing that Bouee "did not respond truthfully" during the initial investigation "when asked about any additional observations and did not disclose the observation of Peter Goerke."

The new investigation also did not find indications that Thiam or others in the board or management "had any knowledge of the observation of Peter Goerke until media reported on it," the statement said.

"The Board of Directors considers the observation of Peter Goerke to be unacceptable and completely inappropriate" it said, adding that it had issued an apology to Goerke.

It added that "safeguards" were already in place to avoid future similar misconduct.

Switzerland's market watchdog FINMA meanwhile said last week that it was "appointing an independent auditor to investigate Credit Suisse in the context of observation activities."

"This investigator will clarify the relevant corporate governance questions, particularly in relation to the observation activities," a statement said Friday.