Convicted of murdering his girlfriend, Horace Roberts spent 20 years in prison before being exonerated thanks in part to his own DNA testing of evidence found at the crime scene. On Tuesday, the 61-year-old sued the Riverside County Sheriff’s Department claiming it manufactured the case against him and withheld key evidence that implicated the real murderers.

(CN) – Convicted of murdering his girlfriend, Horace Roberts spent 20 years in prison before being exonerated thanks in part to his own DNA testing of evidence found at the crime scene. On Tuesday, the 61-year-old sued the Riverside County Sheriff’s Department claiming it manufactured the case against him and withheld key evidence that implicated the real murderers. 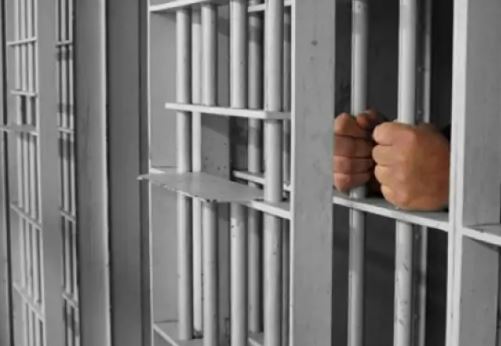 In April 1998, Terry Cheek did not show up for work at a diagnostics laboratory where she worked with Roberts. A police officer found her abandoned truck about 20 miles from her home and four days later her body was found lying on a row of rocks in a lake about a mile from the truck.

At the time, Cheek split her time between Roberts’ apartment and her home with her estranged husband Googie Harris Sr. and their children.

Roberts says he last saw Cheek when he loaned her his truck and they planned to meet up for work at 1 a.m. the next day, but she never picked him up.

Police arrested Roberts and charged him with Cheek’s murder. In 1999, the U.S. Marine Corps veteran and father of two was convicted.

But Roberts says investigators with the Riverside County Sheriff’s Department withheld key evidence, including Harris’ abuse of Cheek and a clash between Harris and Cheek over allegations Harris’ son tried to molest Cheek’s daughter, according to Roberts’ 34-page federal complaint.

Furthermore, Roberts says none of the physical evidence found at the scene was ever tied to him. He says investigators failed to disclose they found the same type of black and orange rope Harris had on his property near Cheek’s body, and he accuses investigators of planting evidence at the crime scene and falsely claiming witnesses saw Cheek on the night of the murder with a purse that was later found in Roberts’ apartment.

The truth came to light, Roberts says, when he was given permission to conduct his own DNA testing of evidence found at the murder scene – drawing from his previous work as a specimen processor. His tests implicated Harris and his nephew, Joaquin Leal, in the murder of Cheek.

Both men are currently awaiting trial on murder charges.

Roberts seeks punitive and compensatory damages against the County of Riverside, the sheriff’s department, multiple investigators and officers on claims of illegal detention and prosecution, conspiracy and others

He is represented by David Owens of Loevy & Loevy in Chicago and San Diego-based attorney Jan Stiglitz, co-founder and co-director of the California Innocence Project.

In a statement, Roberts said, “I hope this lawsuit will bring to light the injustice that I suffered and cause officials and lawmakers to look carefully at reforming our criminal justice system. It is a system that is broken.”

He added, “While I cannot get the time I lost back, it is not too late for reforms that will prevent the same kind of injustices from happening in the future.”