The Trump administration is forging ahead with its plan to allow states to import prescription drugs from Canada – a move aimed at lowering prices for Americans, but one that’s drawing warnings from law enforcement and drug industry experts.

(CN) – The Trump administration is forging ahead with its plan to allow states to import prescription drugs from Canada – a move aimed at lowering prices for Americans, but one that’s drawing warnings from law enforcement and drug industry experts. 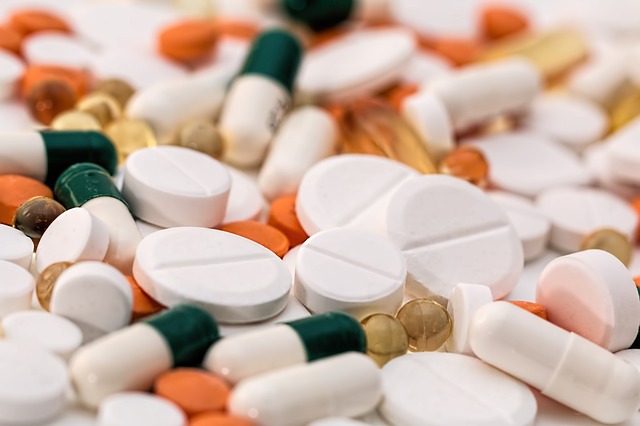 “Everything we've been doing at HHS under President Trump has been aimed at lowering prices and distortions, facilitating lower prices for American consumers."

If the rule is finalized, states wanting to implement drug importation programs will have to apply for approval with the FDA and must demonstrate that their plans will reduce drug prices for consumers and pose no public health and safety risks.

Health and Human Services is also considering a separate "draft guidance" allowing participating drugmakers to import their own pharmaceuticals into the U.S. from any country.

"We want to see proposals from states, potentially in conjunction with wholesalers and pharmacies, that can help accomplish our shared goal of access to safe and effective prescription drugs at lower prices. HHS and FDA are advancing these two pathways as quickly as possible,” said Azar, who touted the plan as the next step toward fulfilling President Donald Trump's campaign pledge to lower drug costs.

“The high costs of prescription drugs have plagued Floridians for too long, and today’s announcement is a historic step towards a solution,” DeSantis said in a statement Wednesday.

But the proposed rule contains no predictions about cost savings for consumers, and the HHS cannot estimate the volume or value of the drugs that could be imported.

“U.S. patients, as well as wholesale drug distributors, pharmacies, hospitals, and third-party payers, may all experience savings, but we lack information necessary to estimate such savings," the proposal says.

A senior FDA adviser said cost savings depend on the specific plans the states may propose. But in general, he said, the idea is to make more products available to increase competition.

The rule requires the imported drugs to be FDA-approved, comply with strict U.S. labeling requirements, and undergo testing to ensure they are authentic and unadulterated. “We will not take steps that will take patients or our drug supply at risk,” Azar said.

But industry groups have excoriated the plan as unsafe, and that any cost savings would be neutralized by the expense of enforcing U.S. drug regulations.

“Patients deserve access to the medicines they need with out-of-pocket costs they can afford. Under no circumstance should we risk patient safety to achieve this goal, yet that’s exactly what this dangerous importation scheme will do,” said Jim Greenwood, former congressman and president of Biotechnology Innovation Organization, a trade group representing 1,000 biotech companies and universities. “The idea that this plan will result in savings for patients at the pharmacy counter is a talking point that’s been debunked by nonpartisan budget experts and past FDA commissioners who served under both Republican and Democratic administrations.”

Indeed, four past FDA commissioners submitted a letter to Congress two years ago advising against a major drug important program. “It could lead to a host of unintended consequences and undesirable effects, including serious harm stemming from the use of adulterated, substandard, or counterfeit drugs,” their letter says.

Wednesday's announcement comes just as the U.S. House of Representatives passed a bill by Speaker Nancy Pelosi that imposes a statutory cap on how much companies can charge Medicare recipients for their drugs, and authorizes Medicare to negotiate the prices of as many as 250 prescription drugs per year.

But the White House has threatened to veto the legislation, which also faces opposition from Senate Majority Leader Mitch McConnell. In a statement, Greenwood blasted the Trump administration’s plan as “the latest empty gesture from our elected lawmakers who want us to believe they’re serious about lowering patients’ prescription drug costs,” he said.

Dr. Josh Sharfstein, vice dean for public health practice and community engagement at the Johns Hopkins Bloomberg School of Public Health said in a phone interview that drug importation may lower the cost of some drugs, but it’s not an ideal solution.

“This is far from the best way to lower prices for Americans. But I understand the desperation that is driving support of these kinds of ideas," he said.

Sharfstein said better appraisals of drugs and stronger bargaining against drug companies’ monopolies are tools used in other countries that lead to a more secure supply chain and less safety risks.

“That’s why prices are lower in Canada,” he said.

He praised Pelosi's bill as a “strong step” toward achieving prices parity with the rest of the world but lamented the hurdles it faces in the Senate.

“It’s been very hard to get common-sense legislation passed,” he said.