A military judge Friday refused to dismiss charges against Army Sgt. Bowe Bergdahl, finding that Donald Trump’s repeated criticism of the former Taliban detainee was merely “inflammatory campaign rhetoric” that does not make it impossible for him to receive a fair trial. 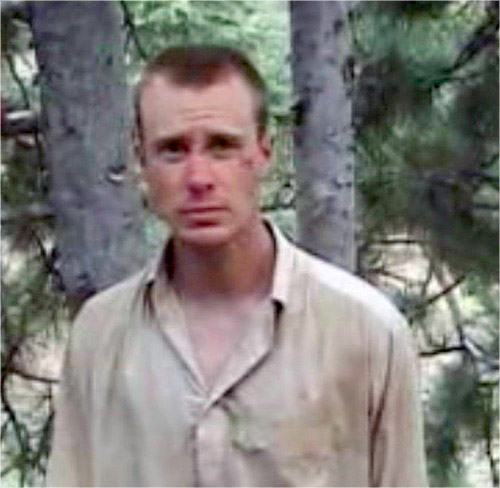 FORT BRAGG, N.C. (CN) – A military judge Friday refused to dismiss charges against Army Sgt. Bowe Bergdahl, finding that Donald Trump’s repeated criticism of the former Taliban detainee was merely “inflammatory campaign rhetoric” that does not make it impossible for him to receive a fair trial.

“Candidate Trump’s comments were disturbing and disappointing; however, they do not rise to the level of ‘some evidence’ required for the defense to meet its initial burden,” Army Judge Col. Jeffery Nance wrote in the Feb. 24 ruling.

Bergdahl, 30, faces an April court-martial at Fort Bragg on charges of desertion and misbehavior before the enemy for walking away from his post in Afghanistan in 2009. He could spend the rest of his life in a military prison if found guilty of misbehavior.

In a motion to dismiss, filed the day of Trump’s inauguration, Bergdahl’s attorneys included a 28-minute video exhibit featuring candidate Trump’s numerous references to Bergdahl as a “traitor,” “a no-good traitor,” and “a dirty, rotten traitor.”

Trump described Bergdahl as a “traitor” at least 156 times, according to the motion, and called him a “son of a bitch” who should be killed, and added that he, Trump, would be willing to kill him himself.

In his ruling Friday, Col. Nance called Trump’s statements “troubling,” but said they did not prejudice the Army’s case against Bergdahl.

“No reasonable member of the public, apprised of all the facts and circumstances and seeing campaign rhetoric for what it is, would believe that because candidate Trump said those troubling things and is now President Trump, the accused has been or will be denied a fair trial,” Nance wrote.

He found that Trump’s disparagement of Bergdahl was meant to contrast Trump with his political opponents, and that “the accused was merely the foil for delivering that political message.”

Nance added that Trump has not made public comments about Bergdahl since August, which supports “strong circumstantial evidence that his comments were nothing more than inflammatory campaign rhetoric.”

Bergdahl’s attorney Eugene Fidell said he would appeal to the U.S. Army Court of Criminal Appeals on Monday.

“The issues presented are of tremendous significance for the rule of law in the armed forces and the integrity of the military justice system,” Fidell told The New York Times.

Bergdahl’s next motions hearing date is pending. His trial is set for April 18.