An indictment unsealed Friday in Manhattan accuses a London art broker of stealing millions from collectors trying to unload works by Pablo Picasso, Marc Chagall and other modern masters. 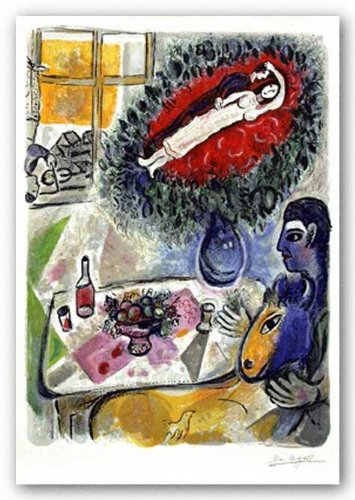 MANHATTAN (CN) — Unsealing an indictment Friday in scandal that rocked the art world two years ago, New York prosecutors accuse a London broker of stealing millions from clients who were unloading works by modern masters like Pablo Picasso and Marc Chagall.

“Buste de Femme” by Pablo Picasso, “Reverie” by Marc Chagall, and “Calanque de Canoubier” (Pointe de Bamer) by Paul Signac are just a few of the pieces that Timothy Sammons, 61, helped to sell for collectors in the United States, United Kingdom and New Zealand between 2010 and 2015.

Though the sales fetched tens of millions of dollars, prosecutors say Sammons either misled his victims about the timing of the sales or failed entirely to report that the works were purchased.

Friday’s indictment in New York carries charges of larceny and scheme to defraud against Sammons, who owns a gallery in London’s fashionable Mayfair neighborhood.

“As alleged in the indictment, the defendant used his industry experience to gain the trust of prospective art sellers, then betrayed that trust by pocketing the proceeds of those sales to fund his own lavish lifestyle,” Manhattan District Attorney Cyrus Vance said in a statement. “Not only did victims lose millions of dollars, but many lost valuable pieces of artwork that had been in their families for generations.”

“Mr. Sammons has entered a not guilty plea, and after a forensics investigation has been done, he feels that he will be vindicated,” Hardy said in a phone interview.

The forensic analysis mentioned by Hardy refers to ongoing civil litigation across the pond, where Hardy noted prosecutors at the Crown Protective Service still have not a criminal case against his client.

In a 2015 report on those lawsuits, the U.K. Daily Mail depicted Sammons as a man at the center of a controversy that “will shake the reputation of London as one of the world’s leading centres for the sale of fine art.”

Paired with a photo of Sammons’ more-than $7.5 million mansion in the north of city, the article asked in the headline, “Where’s the money for our masterpieces?”

Describing Sammons as “one of Mayfair’s most high-profile art dealers,” the Mail reported that he was being sued over his sales of masterpieces by such artists as Van Gogh, Canaletto, Picasso, Chagall, Modigliani and Magritte.

Back in Manhattan, Sammons faces a court date on Nov. 6.