The Sport of Litigation

We’ve legalized sports betting in a lot of jurisdictions, so why not legalize sports litigation?  I say this because sports are so much more fun if you have a real stake in the outcome.

We’ve legalized sports betting in a lot of jurisdictions, so why not legalize sports litigation?  I say this because sports are so much more fun if you have a real stake in the outcome.

Everyone should be able to participate.

You’re thinking right now that sports litigation is legal. There are lots of lawsuits over sporting events. True enough, but almost all of them get thrown out. 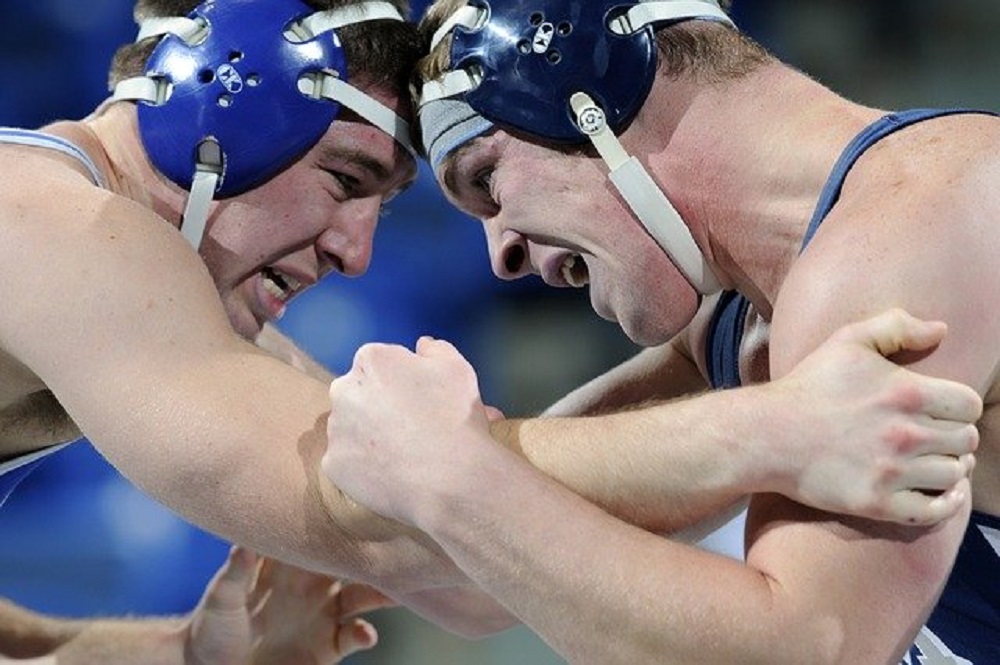 Two recent examples: A federal judge in Kentucky dismissed a suit by the owner of the horse that got disqualified from winning the Kentucky Derby, and a Ninth Circuit panel dismissed a slew of suits over the 2015 Floyd Mayweather-Manny Pacquiao boxing match from fans who claimed they should have been told that Pacquiao was injured before the match.

In a way, as a professional wrestling fan, I can empathize with this. Wrestling referees miss an astonishing number of calls, but that’s part of the fun.

Think of how much more fun we could have if all of us could instantly file a lawsuit over a call or non-call we didn’t like. Station judges or arbitrators at the event to receive complaints from both the live crowd and viewers at home or in bars and call timeouts to take depositions. An army of attorneys could tap into this new revenue source.

We could call the process Throwing a Virtual Flag (or TVF). Final decisions — perhaps from a panel of people who argue about stuff on sports shows — would be required within, say, 10 minutes. All events will be preceded by an announcement that no appeals are allowed.

Damages would include signed balls, free tickets and bobbleheads. Frivolous litigants would be barred from the event or have their cable cut off.

Admittedly, some games would last weeks with all this going on, but consider that the boxing fans just spent four and a half years trying to get a pay-per-view refund. We need game-time litigation.

Brief thoughts on recent news events. The City of Scottsdale, Arizona didn’t need to get into a fight with the devil. Satan-fighting is expensive and probably pointless.

I point this out in light of a federal judge’s ruling that a lawsuit by The Satanic Temple, Inc. against the city can continue. The Temple sued after the city denied a request that the head of the Temple’s Arizona chapter be allowed to give an invocation at a random City Council meeting just like people from other religions.

As far as I can tell, no one on either side is being particularly honest here. The city claims it said no because the Temple wasn’t local enough and/or wasn’t enough of an organized religion.

Right. It had absolutely nothing to do with … SATAN!

As for why the Satanists wanted to do an invocation at City Hall — well, I have no idea. My guess is that they don’t want to be left out. High school was bad enough.

The invocation request was denied more than three years ago. The case is still in federal court.

So which is better: smiling politely through one devilish prayer or financing the careers of a battery of lawyers for years to come? Satan might approve either way.

Meanwhile, the term “bitch” had people bitching in Massachusetts recently, after a state legislator put forward a bill that would have made using the term in a mean way a misdemeanor. Yes, this was silly: Imagine cops monitoring conversations and arresting each other.

The real weird part of this, though, was that the guy who submitted the law wasn’t even in favor of it: He said he had to do it because in Massachusetts anybody can file a bill through their legislator.

It’s a lot like the Internet. Participation by everyone sounds like a good idea until everyone starts participating. This is also true in states that require a lot of signatures for law proposals — most of the time, hardly anyone realizes what they’re signing up for.

Still, the “bitch” law could have been interesting if properly administered. Think of all the infrastructure and services that could be funded with a National Swear Jar. This might be the way to pay for Medicare for All.