Private sleuth Sun Jinrong brings heat detectors, tiny surveillance cameras, and a blow dart loaded with a tranquilizer to his search for one desperate client's missing loved one: A cat named Duoduo. 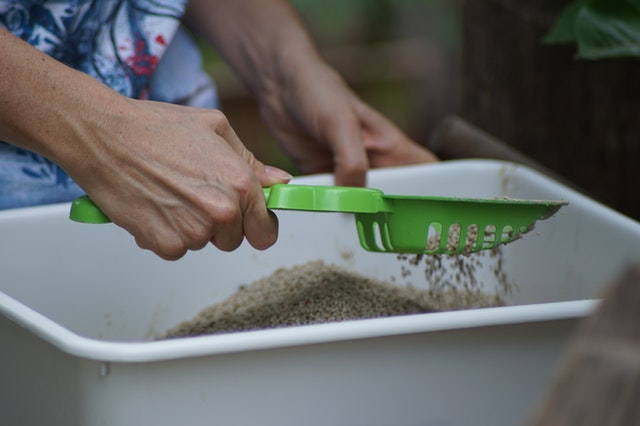 Unlike Jim Carrey's goofy Ace Ventura character, the man dubbed by China's media as the nation's first pet detective is a stoney-faced animal lover who solves cases with the help of high-tech gear worth thousands of dollars.

With dogged determination, Sun has reunited around 1,000 missing pets with their owners since he launched his business seven years ago.

Clients pay $1,130 for the service provided by his company, which has 10 employees and is based in the eastern city of Shanghai.

Sun often gets calls from anguished pet owners in the middle of the night and rushes to cities and towns across the nation to help.

Dog ownership was banned as bourgeois vanity under Chairman Mao Zedong, but Chinese society's views of pets have changed and there are now 91.5 million cats and dogs in the country, according to Pet Fair Asia and pet website Goumin.com.

Sun says pets are sometimes stolen rather than lost, and dogs are occasionally sold for their meat.

"They don't even own a flashlight. They can only look for cats in the dark by the weak light of their phones," he said.

"We have advanced equipments and accumulated cases over the years to analyse the data. We can think of 10 things to do while the owner can think of one or two."

Around 10 other pet detectives have appeared in the past two years, Sun adds.

But could he find Duoduo?

The owner, Li Hongtao, hired Sun to come to Beijing and find his much-loved cat.

The British shorthair had last been seen in an underground garage two days before the search, reducing the chances of finding him.

Sun set right to work, unpacking a 110 lb. black suitcase containing three thermal imaging cameras, an endoscope, and a hand-held machine used to detect life under the rubble after earthquakes.

He walks around pointing a heat detector around the garage. He inspects some excrement on the floor, but determines it is not from the animal he's looking for.

"Cats have hair in their feces. The color here is not right," Sun concludes.

The eagle-eyed detective then finds a big clue: Paw prints on dusty pipes, leading him to determine Duoduo fled into a nearby grassy area outside.

To lure the cat, a speaker hanging from Sun's suitcase blares the recorded voice of his owner.

Sun and his assistant, Huang Yan, also place Duoduo's favorite cat food inside a grass-colored cage with a trap door.

When Sun spots an opening in a rock, he pushes the small lens of the endoscope — a small camera at the top of a long chord — inside the gap.

Sun attaches a camera sensor on a tree and waits for nightfall.

"We have no predecessors in this industry. We are all crossing the river by feeling the stones," he explains, using a famous Chinese saying.

He adapted techniques he learned from hunters.

"You have to be extremely careful when capturing pets. You can't catch small dogs like pomeranians with a net. Their hearts are very small. It could kill them," warns Sun.

Sun mainly works late at night, when it's less noisy, raising the chance that a lost animal will emerge from hiding.

He stays up, sometimes in a tent, waiting for any sign of the pet.

At around midnight, as he waits for any sign of Duoduo, a figure flashes across the monitor.

Huang and Sun scan the area and see the cat in the bushes.

He opts not to use the blow dart, instead he phones the cat's owner, Li, who can barely contain his excitement when he arrives and sees Duoduo.

Li calls to him but the stressed pet wouldn't budge.

After 10 agonizing minutes, Li approaches Duoduo and grabs his cat.

Those are some of Sun's favorite words.

"When our case is solved, it's basically a reunion," he muses, adding: "It's a happy moment."