But what began with a youth football league’s fundraiser gone bad led to the Tennessee Supreme Court deciding on Thursday the fair-report privilege – the privilege protecting journalists reporting on what is said during official government proceedings from defamation claims – doesn’t extend to journalists reporting on what officials tell them in one-on-one interviews.

In January 2014, a reporter from small-town newspaper The Expositor, spoke with a detective with the White County Sheriff’s Office regarding the arrest and indictment of Jeffery Todd Burke, who served as a middleman between a youth football league and a company that helps facilitate fundraisers by selling cookie dough.

Burke, the paper reported, allegedly stole the money the football league gave him. 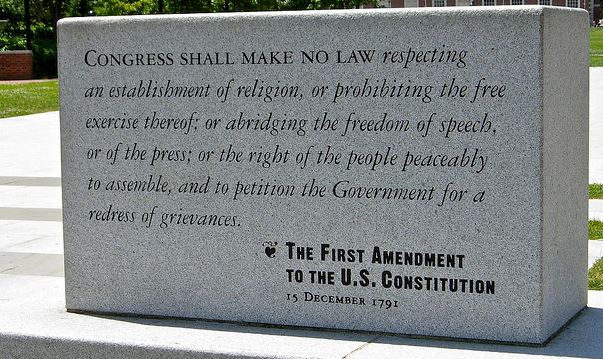 But there were inaccuracies to the story. Only $11,000 was at issue, not the $16,000 the paper originally reported. And Burke’s attorney told the paper the youth football league got its dough - two months before a grand jury took up the matter.

Claiming the paper never issued a correction, Burke sued it for $250,000 because he claimed he lost his job, suffered emotional strain and a damaged reputation. He also asked for a dollar in punitive damages.

The paper retorted by claiming the conversation its reporter had with the detective investigating the case – who doubled as the office’s public information officer – was an official government action and protected under the fair-report privilege. In other words, even if the statements were defamatory, the paper only reported what the sheriff’s department officially told it.

After hearing oral arguments in this case at the beginning of October, the Tennessee Supreme Court unanimously disagreed.

“We hold that the fair-report privilege applies only to public proceedings or official actions of government that have been made public and does not apply to the nonpublic, one-on-one conversation at issue here,” Judge Cornelia Clark wrote in the 10-page opinion.

This ruling comes months after Clark, writing for the Tennessee Supreme Court, bolstered the privilege, ruling that even if a journalist has malice towards a subject, the privilege still protects their fair and accurate reports.

According to Clark, the fair-report privilege originally allowed journalists to report what was said in judicial proceedings – even if those statements were defamatory – if those reports were fair and accurate. Over time, American courts gradually extended that privilege to other governmental actions.

This allowed reporters to serve as the eyes and ears of the public and supervise the actions of government.

But “expanding the fair-report privilege” further to conversations like the one that took place in White County between a public information officer and a local reporter about an alleged crime, Clark wrote, would leave courts with “no objective means of determining the fairness and accuracy” of those conversations.

After accessing the costs of bringing the appeal on the newspaper, Clark sent the suit back to the trial court.

“Finally, our holding that the fair-report privilege does not apply in these circumstances does not impose liability on Sparta Newspapers or in any way foreclose Sparta Newspapers from raising other available defenses on remand,” Clark wrote.

Attorneys for Burke and The Expositor did not immediately return requests for comment.

Calling it a “chilling ruling” for journalists, Deborah Fisher, executive director for the Tennessee Coalition for Open Government, said many journalists working on publications serving local communities rely on interviews with government officials.

“It was also disturbing that the ruling kept open the possibility that reporters might not have that protection even if the comments were made in a press conference or in a press release,” Fisher said in an email. “I think the impact could be that journalists become more reticent about quoting police and other government officials in sensitive situations, and the public will get less information.”