It’s estimated that every year as much as a third of all food produced for human consumption is either wasted or lost globally. Some 1.3 billion tons of food never makes it to the table because of decisions made by retailers, food service providers and consumers.

(CN) – It’s estimated that every year as much as a third of all food produced for human consumption is either wasted or lost globally. Some 1.3 billion tons of food never makes it to the table because of decisions made by retailers, food service providers and consumers.

But trailblazing study published Friday in the journal Frontiers in Microbiology suggests that one way to significantly improve the current situation of food waste is to use bread headed for the dumpster as a medium for cultivating microbial starters for the food industry. 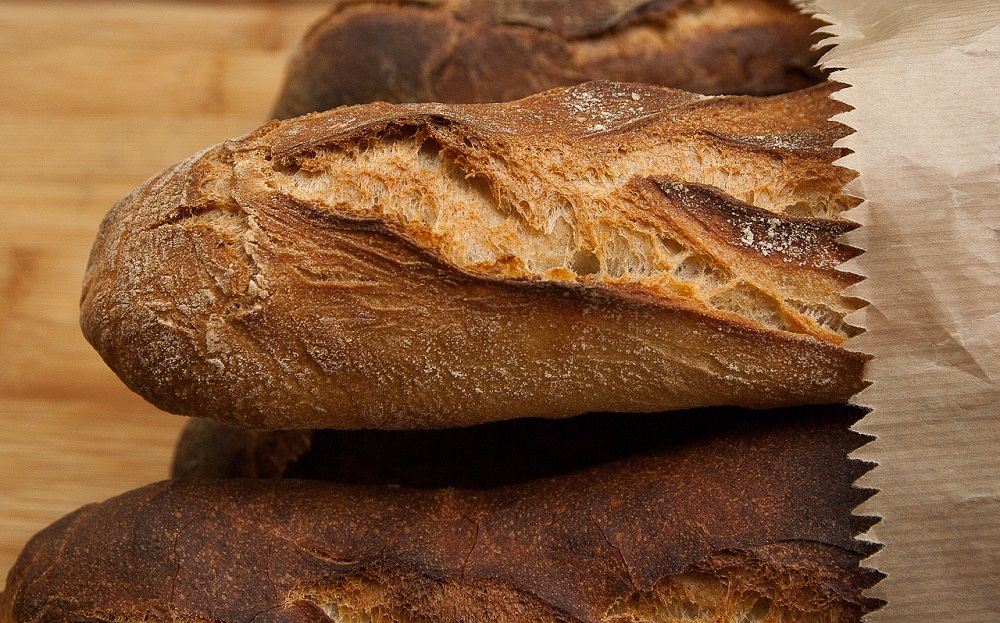 Although it's difficult to estimate the exact amount of bread that is thrown away every day, it is currently believed that "hundreds of tons are wasted daily worldwide" whether by spoilage or other factors such as consumer preferences for products like crustless loaves.

“For years the major agricultural organizations have been trying to raise awareness on the huge paradox of our society: while 10% of the world population goes hungry, in industrialized countries, we waste on third of our food,” said lead author Michela Verni, who was responsible for the experimental design of the work.

“Sometimes, waste and by-products are inevitable in the food industry, so it is our job to find new innovative ways of putting everything back where it belongs. Which is basically the concept of circular economy and it is what we tried to do when we turned bread into a medium for starters cultivation,” Verni continued

The authors say the reason they chose to focus on bread as their subject for the study is because bread creates both economic loss and environmental impact since most of the waste ends up in landfills that emit greenhouse gases such as carbon dioxide and methane.

“Of course, our idea was born from the need of disposing of the huge amount of bread wasted at the production site, and since bread contains most of the substances necessary for microbial life, we started experimenting,” Verni said.

"We believe that the introduction of innovative bioprocessing technologies might be the key to unravel the burden of food waste [and] improving sustainability of the agro-food system," said team coordinator Dr. Carlo G. Rizzello at the University of Bari Aldo Moro in Italy in a statement accompanying the study.

Rizzello and his colleagues tested their hypothesis by experimenting with more than 40 different kinds of growing conditions in order to find the best combination for various bacteria, yeast and other microorganisms used in food fermentation. This process involved discovering the perfect recipe of bread amount, enzymes and supplemental ingredients, as well as the ideal time and temperature for incubation.

The ultimate goal was to create a wasted bread medium, or WBM, that would either match or surpass current production methods that rely on raw materials. The result was the scientists succeeded in formulating a secret sauce using 50% waste bread that was appetizing to a wide variety of microorganisms, including bacteria used in yogurt production. The most crucial aspect of these results is the fact that by their estimations, the production cost of WBM is about a third that of conventional media.

"The protocol we were able to set up combines both the need for disposing of the huge amount of bread waste with that of cheap sources for media production, while fitting for the cultivation of several food industry starters, and it is patent pending," Rizzello said.

The hope for this research is that the WBM protocols could be easily adopted by industrial bakeries, who currently rely on various companies to provide the starters. These businesses would benefit by "using their own waste to produce the medium and propagate the cultures, without modifying [or] adding any equipment to the existing technology," said lead author Michela Verni, who was responsible for the experimental design of the work.

"The strength of our study strictly relies on how easily applicable the protocol is, and proof of its feasibility is indeed the fact that the process is already scaled up at industrial level," Verni added.

"Nevertheless, WBM offers a possibility for sustainable starter production to all the food industries working in the field of fermented foods and beverages."

Rizzello says the applications of their WBM product reach far beyond simple microbial cultivation. For example, it could be used as a food ingredient on its own, of course with a few tweaks to the WBM recipe and fermentation with different starters. On the other hand, it could serve as a substrate to feed microbes that produce specific compounds used in food supplements or cosmetics.

“We are optimizing new protocols to make sure other novel ingredients can be created and most of all, we are exploring the possibility of working with bread wasted because it is contaminated and cannot be used in the food industry,” Verni said. “As for this specific research, it would be interesting to investigate how the WBM affects microbial metabolism compared to media commonly used for their propagation.”

While the promising results of WBM make it appear to be an effective medium for growing lactic acid bacteria and yeasts, Rizzello says further study is needed to determine if certain components or lack of some micronutrients might somehow affect microbial metabolism in any significant way.

“These foods are not wasted because of health issues, on the contrary they are perfectly safe to eat. Most of the time food is wasted simply because of requests from the markets: ‘sandwiches need to be without the crust’, ‘fruit cannot be dented’ and so on,” Verni commented. “This study is just one little piece of the gigantic puzzle of food waste, we managed to take one bite out of it and we will keep looking for solutions to this problem, but something else needs to change at each step of the supply chain.”