A standing-room only crowd of more than 400 packed the meeting room, filled the lobby and spilled into the parking lot recently in rural Buckingham County, Virginia, with one thing on their minds: guns.

BUCKINGHAM, Va. (AP) —  A standing-room only crowd of more than 400 packed the meeting room, filled the lobby and spilled into the parking lot recently in rural Buckingham County, Virginia, with one thing on their minds: guns.

The vast majority favored a proposal to protect their right to carry firearms: declaring the county a Second Amendment Sanctuary.

Similar scenes have played out across Virginia in the past six weeks. Gun owners are descending on local offices to demand that government leaders establish sanctuaries for gun rights. 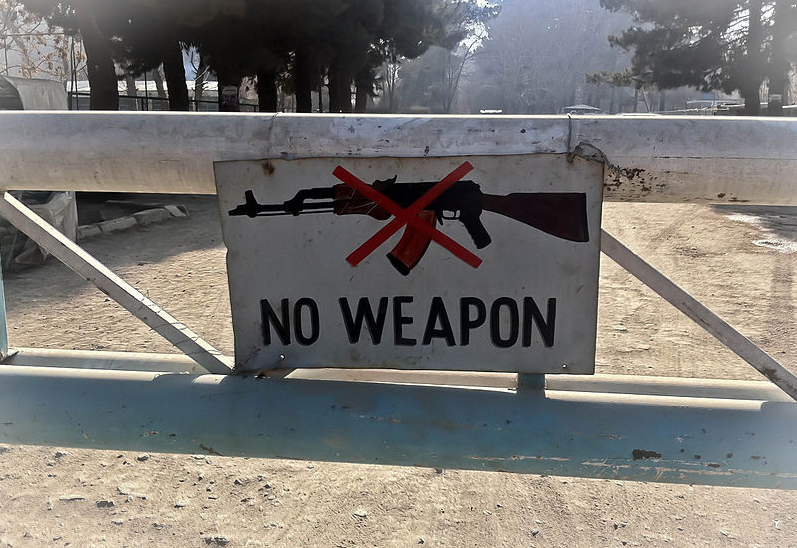 The resolutions, promoted by the gun rights group Virginia Citizens Defense League, vary from county to county, but most declare the intention of local officials to oppose any "unconstitutional restrictions" on the Second Amendment right to bear arms. In the past two months, more than 100 counties, cities and towns in Virginia have approved such resolutions.

The movement began last year in Illinois and spread to numerous states, including California, Colorado, New Mexico and Florida.

In Virginia, home to the National Rifle Association headquarters, lawmakers in both parties have traditionally supported gun rights. But in recent years Democrats have backed tighter restrictions on guns.

The Second Amendment Sanctuary movement began after Democrats promising new gun control laws took over both chambers of the Virginia Legislature in the Nov. 5 election.

Gun control proposals gained momentum after a shooter killed 12 people and injured four others at a Virginia Beach municipal building in May. But a special legislative session called by Democratic Gov. Ralph Northam after the mass shooting failed to produce any new gun control bills when Republicans shut it down after just 90 minutes.

Gun control advocates now are proposing an array of new restrictions, including universal background checks, assault weapon bans and red-flag laws that would allow authorities to temporarily take guns away from people deemed dangerous to themselves or others.

One proposal by incoming Senate Majority Leader Dick Saslaw has enflamed gun rights advocates and helped fuel the Second Amendment Sanctuary movement. The bill, as initially proposed, would make it a felony to sell, manufacture, purchase or possess assault weapons and certain magazines. Saslaw has said that allowing current owners to keep their weapons "makes sense," and he expects to amend the bill.

But many see Saslaw's bill as the first step down a slippery slope that will end with their guns being taken away.

Darrell Miller, co-director of the Duke Center for Firearms Law, said the movement is largely a phenomenon in rural communities, where people have grown up hunting and treasure their guns.

"For whatever reasons, people, especially in these communities, have a deep-seated fear that universal firearm confiscation is just around the corner," Miller said.

David Campbell, vice chairman of the Effingham County Board in Illinois, said his county was one of the first in the nation to pass a Second Amendment Sanctuary resolution, in April 2018. Campbell said he and a local prosecutor chose the word "sanctuary" as a swipe at Democratic leaders who used the word to describe their refusal to cooperate with federal immigration enforcement in the sanctuary cities movement.

"We thought, well, if they can do that, why can't we make Effingham County a sanctuary for legal, law-abiding gun owners?" Campbell said.

The movement caught fire, and today, 70 out the 102 counties in Illinois have approved the resolutions, Campbell said.

"What it's designed to do is to send a message to our legislators letting them know we are not going to stand for unconstitutional laws being passed like they are trying to do," Campbell said.

The two sides differ on how effective such resolutions will be.

U.S. Rep. Donald McEachin, D-Virginia, told the Washington Examiner that Northam could cut off state funds to counties that don't comply with new gun control laws and could even call in the National Guard to enforce the laws, if necessary.

Northam's spokeswoman, Alena Yarmosky, said the governor has "absolutely no plans to call in the National Guard."

Northam said he's not "looking for retaliation" against localities that pass the resolutions and is confident that local law enforcement agents "will continue to enforce constitutional laws." He said Virginians made it clear after the Virginia Beach shooting that they support new gun restrictions.

"Virginians spoke after that mass tragedy; they spoke on Nov. 5, and they basically said, ‘Enough is enough,’” Northam said.

Philip Van Cleave, president of the Virginia Citizens Defense League, said the resolutions will have teeth if local sheriffs and prosecutors agree to refuse to arrest or prosecute people who break new laws they believe violate the Second Amendment.

"The counties are saying this stuff is unconstitutional. We don't want it, we don't want to enforce it, and in most cases, we won't enforce it," he said.

One Virginia sheriff has vowed to deputize thousands of county residents "to protect their constitutional right to own firearms."

At the Buckingham County meeting, resident Marie Flowers was one of the few who opposed the sanctuary proposal. Flowers said she believes the NRA has sold the “John Wayne syndrome" to gun rights activists.

"Nobody's freedom is being taken away except for these people who are being murdered," she said.