Santa Barbara Says It’s Had It With a Slumlord

Santa Barbara sued a landlord for $8.1 million, accusing him and his property management company of decades of violations — 3,245 of them — that amount to abuse of tenants.

SANTA BARBARA, Calif. (CN) — Santa Barbara sued a landlord for $8.1 million, accusing him and his property management company of decades of violations — 3,245 of them — that amount to abuse of tenants. 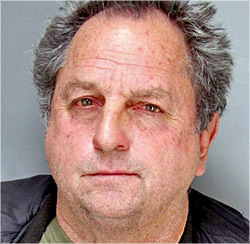 According to his website, and the complaint, Pini owns and operates hotels, vacation rentals and commercial properties. Aside from that, Pini and the prosecutors present alternate facts.

DP Investments calls itself a “model of consistency” on its website, and says it “makes a consistent effort to provide opportunities to the underserved budget conscious class of Santa Barbara residents.” It focuses on projects “that benefit the community and their varying housing needs.”

The city paints a darker picture in the complaint. It claims that since the 1980s, Pini has committed thousands of violations that have damaged the health of his tenants and even their neighbors. It says he seeks vulnerable tenants such as immigrants, the disabled and the elderly, who are not likely to complain. Even his own home is “literally, a rat’s nest of illegal construction, illegal storage, vermin infestation and dangerous conditions,” City Attorney Ariel Pierre Calonne says in the complaint.

“The children, senior citizens, disabled persons and adults of Santa Barbara who live in Pini’s properties are exposed to hazardous, horrific and unconscionable living conditions,” the complaint states. It says that residents of the Santa Barbara neighborhoods surrounding Pini’s properties also suffer from the hazards and blight created by Pini’s “unlawful actions and neglect.”

Pini, 67, played minor league baseball in his youth after being drafted in the 23rd round of the Major League Baseball draft in 1968 out of high school, according to Baseball-reference.com. He made it as high as AA, playing infield for the Birmingham A’s in 1973 and hitting .156.

Pini has a long history of being an irritant to Santa Barbara, routinely ignoring attempts to enforce building and safety codes, the city says. It says it has spent hundreds of thousands of dollars trying to change his behavior, but “nonetheless, his pattern and practice of unlawful action and unlawful neglect persists to this day, totally unresponsive to traditional code enforcement practices.”

In 2011, the statewide group Tenants Together nominated Pini to its Landlord Hall of Shame. The tenants-rights group called Pini one of the largest property taxpayers in Santa Barbara County, and “a millionaire many times over,” according to the Santa Barbara Independent newspaper.

In 2013, Pini settled a code enforcement lawsuit with the city and was ordered to pay $35,000 in civil penalties, and the court appointed a special master to oversee his approximately 100 properties in Santa Barbara county.

According to a Dec. 9, 2016 news release from the city, inspectors looked at 164 residential and motel units controlled by Pini from Dec. 5 to Dec. 8 and found appalling conditions: More than 50 percent of the residents were children living in severely substandard and unsanitary conditions. During the inspections, Pini had to be confronted twice by police officers and stopped from interfering with and intimidating tenants not to speak.

One apartment, illegally divided into two units, was immediately “yellow tagged” and another 22-unit motel was “red tagged” due to extreme safety risks. The city took photos of dead rats, rat feces, cockroaches, a closet that had been converted into a bedroom, a two-bedroom apartment with 16 beds in it, a “thick layer of dead cockroaches in kitchen water heater closet,” a “dangerous and inoperable heater marked ‘Danger do not use — Peligro’ by Pini,” and other problems, according to the Dec. 9 statement.

The complaint lists 3,245 code violations and seeks $2,500 for each one, unless it was against a senior citizen or disabled person, in which case it seeks $5,000.