Qualcomm, FTC Spar at 9th Circuit Over What Makes a Monopoly

After a long, intense and spirited hearing in the Ninth Circuit on Thursday, a three-judge panel will decide whether the world’s leading chip manufacturer is illegally distorting the market or simply outfoxing the competition.

(CN) – After a long, intense and spirited hearing in the Ninth Circuit on Thursday, a three-judge panel will decide whether the world’s leading chip manufacturer is illegally distorting the market or simply outfoxing the competition. 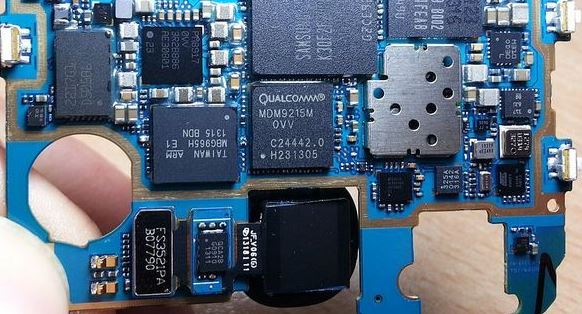 The Federal Trade Commission has accused Qualcomm of using monopoly power to extract higher royalty rates from smartphone manufacturers that buy its chips to help the phones communicate with cellular networks.

The FTC characterized Qualcomm’s scheme as “no license, no chips,” meaning the company used the fact that smartphone manufacturers like Apple, Samsung, LG and others needed the chips to leverage higher royalty rates for their technology patents.

For several years, Qualcomm had a market share in LTE and 4G industry that would easily qualify as monopolistic. But Qualcomm says it retained such a large share because it was better at producing such chips, its product was higher quality and its prices were lower.

“This is what happens in business all the time,” said Tom Goldstein, attorney for Qualcomm, during the hearing.

But the FTC doesn’t see it that way.

Brian Fletcher, attorney for the FTC, said when businesses outcompete each other on the merits, that’s capitalism and the law encourages such an arrangement. But said what Qualcomm pursued with its no license, no chips policy amounted to a surcharge, Fletcher said.

Because Qualcomm could tell a manufacturer to either sign a licensing agreement or lose the supply of chips – preventing the manufacturer from making its product – several smartphone companies signed up for exorbitant rates.

Therefore, smartphone companies paid Qualcomm for the technology patents even if they bought the chips from rival companies like Intel. Qualcomm could in turn take the money from the royalties and invest it in research and development to stay steps ahead of the competition, according to the FTC.

U.S. Circuit Judge Consuela Callahan, also appointed by George W. Bush said Qualcomm being cast as a bully that beats up on the likes of Apple strained credulity.

"I think there should be an argument, who’s the Goliath there?" Callahan said. "Apple’s more of a Goliath than Qualcomm."

The harm wasn’t as much to Apple as it was to Qualcomm’s competitors as well as consumers, who paid inflated prices for smartphones because of excessive royalty rates Qualcomm charged for standard technology.

U.S. District Court Judge Lucy Koh, a Barack Obama appointee, agreed with the FTC last year, ruling that Qualcomm’s policy was anticompetitive and handing down an injunction that forbids the company from continuing certain business practices.

In a shocking twist, at least as shocking as it gets in the world of antitrust law, the Department of Justice antitrust division recently filed a brief arguing Koh’s injunction would harm national security – essentially taking a position contrary to fellow federal agency FTC.

But Michael Murray, arguing on behalf of the Justice Department, told the panel that Koh’s injunction was too broad and would likely hurt Qualcomm’s ability to compete with Chinese technology firms like Huawei to bring about the 5G cellular revolution.

“Remedies to antitrust violations are supposed to bring little injury to the general public,” Murray said.

But Judge Murphy seemed skeptical, calling it more of a policy argument than a legal one.

"You haven’t offered any market analysis or financial evidence that the injunction would actually harm national security,” Murphy said. “It’s more like ‘Hey, this is something to think about.’”

Murray said the government was prepared to submit evidence that Koh’s injunction could harm national security should the matter be remanded.

It remains unclear if the case will get sent back.

"Every time you say 'no license no chips' in your brief, it implies the policy is actually no chips, no license,” Callahan said. “Buy our chips or we won’t give you the license you need to sell your cellphones. It feels like you’re flipping it and it feels like Judge Koh did too."