Three prosecutors asked a state judge Thursday to delay the highly anticipated May 1 criminal trial of Texas Attorney General Ken Paxton until a dispute over their pay is settled by a Dallas appeals court. 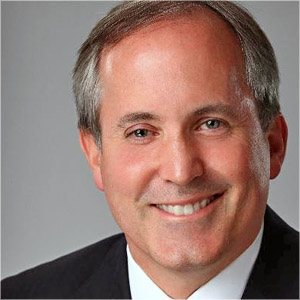 McKINNEY, Texas (CN) – Three prosecutors asked a state judge Thursday to delay the highly anticipated May 1 criminal trial of Texas Attorney General Ken Paxton until a dispute over their pay is settled by a Dallas appeals court.

Special prosecutors Brian Wice, Kent Schaffer and Nicole DeBorde, all of Houston, filed a motion for continuance in Collin County District Court, arguing they have been working on the case for over 14 months without pay.

“They are owed significant amounts of money for the work they have performed and expenses they have incurred, and it would be manifestly unfair, unjust, and unconscionable for the court to expect, let alone, order them to work for free,” the filing states.

Wice said “everyone in the courtroom is being paid to be there” except the prosecutors.

"No one expected us to work for free when we accepted our appointment as special prosecutors,” he said in a statement Thursday. "It's only fair to compensate us for the hours we've already spent and will continue to spend to adequately prepare to try this case on behalf of the citizens of the State of Texas.”

The trio’s pay became an issue when real estate developer and Paxton supporter Jeff Blackard sued Collin County in January, arguing the $204,000 they billed for pretrial work is an “illegal expenditure” of taxpayer money.

The 5th Court of Appeals in Dallas then temporarily blocked payments to the prosecutors pending its final ruling. It is the second lawsuit Blackard has filed in the matter, after his first lawsuit filed in December was tossed.

As a solution to the uncertainty of when the 5th Court will rule, Wice, Schaffer and DeBorde are asking the trial court to reset the trial to begin 60 days from the date the appeals court issues its ruling. They want the trial to take place no later than Sept. 1.

The prosecutors blame Blackard for trying to “ultimately derail this prosecution by defunding it.”

“Blackard is now one appellate court ruling away from doing what the state believes no one before him has ever done: shutting down a lawfully constituted criminal prosecution by cutting off funding to the special prosecutors,” their motion states.

Paxton is accused of failing to tell investors in McKinney-based technology firm Servergy that he would earn commissions on their money, and of lying to them that he was investing in the company while he was in the Texas House of Representatives.

Paxton’s attorney, William Mateja with Polsinelli in Dallas, said “the truth is that the special prosecutors know their case is crumbling.”

"After many months spent publicly touting Ken's supposed fraud, the special prosecutors see the writing on the wall and have essentially abandoned any trial of those fraud charges in favor of the most ticky-tack of charges - failure to register as an investment adviser representative," Mateja said in a statement Thursday.

Paxton was handed a significant victory last week when a Dallas federal judge tossed a civil securities fraud lawsuit filed against him by the U.S. Securities and Exchange Commission that made similar allegations based on the Servergy stock sales.

U.S. District Judge Amos L. Mazzant granted Paxton’s motion to dismiss, concluding he “had no plausible legal duty” to tell investors he was paid to promote the company.