High-altitude areas of Mount Everest and across the Hindu Kush Himalayan regions are experiencing a surprising increase in vegetation and plant life, according to new research.

(CN) – High-altitude areas of Mount Everest and across the Hindu Kush Himalayan regions are experiencing a surprising increase in vegetation and plant life, according to new research.

Using newly obtained satellite data, scientists measured the extent of subnival vegetation – plants capable of growing in snow – between the treeline and snowline in these vast areas.

Due to the elevation and harsh conditions, very little is known about these remote, hard-to-reach ecosystems. The local flora is made up of short-stature plants, predominantly grasses and shrubs, and they experience seasonal snowfall. The evidence acquired from this study reveals this vegetation covers between 5 and 15 times the area of permanent glaciers and snow.

"A lot of research has been done on ice melting in the Himalayan region, including a study that showed how the rate of ice loss doubled between 2000 and 2016," said Dr. Karen Anderson of the Environment and Sustainability Institute on Exeter's Penryn Campus in Cornwall, England. 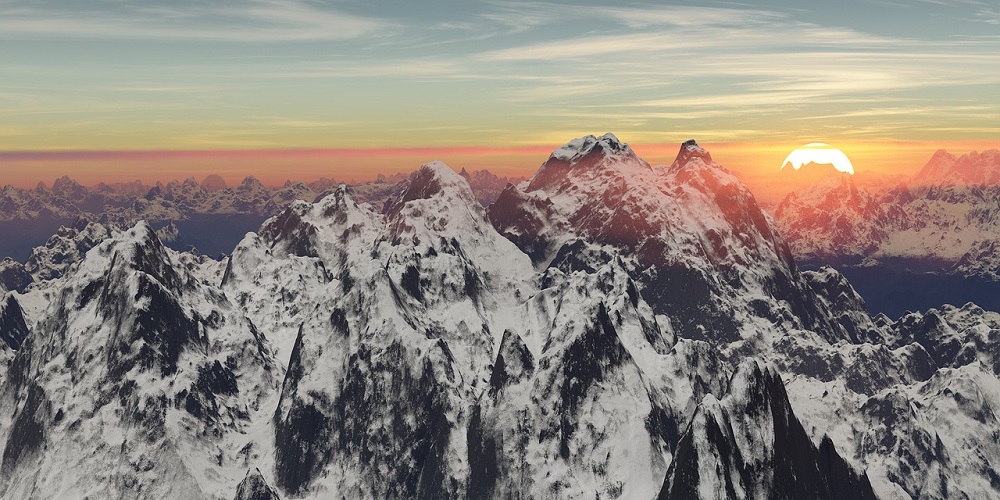 By using the data gathered from NASA's Landsat satellites from 1993 to 2018, the University of Exeter’s research team measured small but significant increases in the subnival vegetation cover across four height brackets, ranging from 13,600 and 19,700 feet above sea level.

The results of course varied at different heights and locations, but they showed the strongest trend in increased vegetation cover between 16,400 and 18,000 feet.

The team discovered a significant increase in plant life across all four height brackets in the surrounding areas of Mount Everest. This is a surprising feat considering conditions at the peak of this height range have been generally accepted to be close to the limit of where plants can thrive.

Although this study did not examine the exact causes contributing to this change, the findings are consistent with current modelling that shows a decline in "temperature-limited areas" where temperatures are too low for plants to grow. This trend is increasingly seen across the Himalayan region, likely as a result of global warming.

Similar research has also suggested that the Himalayan ecosystems are highly vulnerable to climate-induced vegetation shifts, both positively and negatively.

"It's important to monitor and understand ice loss in major mountain systems, but subnival ecosystems cover a much larger area than permanent snow and ice and we know very little about them and how they moderate water supply,” Anderson said in a statement accompanying the study.

"Snow falls and melts here seasonally, and we don't know what impact changing subnival vegetation will have on this aspect of the water cycle – which is vital because this region (known as 'Asia's water towers') feeds the 10 largest rivers in Asia."

Similar studies in the Arctic tundra region show that increased temperatures are causing snow to melt early, allowing springtime vegetation to arrive early as a result. As global warming continues and climates around the world experience change, it is becoming increasingly important to monitor these trends, particularly in the more extreme regions.

Anderson said "some really detailed fieldwork" and further validation of these findings is now required to understand how plants in this high-altitude zone interact with soil and snow.

Dominic Fawcett, a doctoral student specializing in monitoring vegetation and plant traits, said: "These large-scale studies using decades of satellite data are computationally intensive because the file sizes are huge. We can now do this relatively easily on the cloud by using Google Earth Engine, a new and powerful tool freely available to anyone, anywhere."

Fawcett was also responsible for coding the image processing over the course of this study.

The Hindu Kush Himalayan region reaches across all or part of eight countries, from Afghanistan in the west to Myanmar in the east, and more than 1.4 billion people depend on water from catchments emanating here. This mountain range consists of a northern and southern chain and acts as a vital watershed, sending water flowing to rivers in all directions.

Because of how important regular water distribution is in this region, scientists stress how much close observation and additional research is needed in order to understand how this change in its climate will affect its vital functions.

The paper, published in the journal Global Change Biology, is titled "Vegetation expansion in the subnival Hindu Kush Himalaya."