Pacific Gas and Electric lawyers appeared before a federal judge Tuesday to explain how the company is working to fix serious flaws identified in its wildfire prevention work. 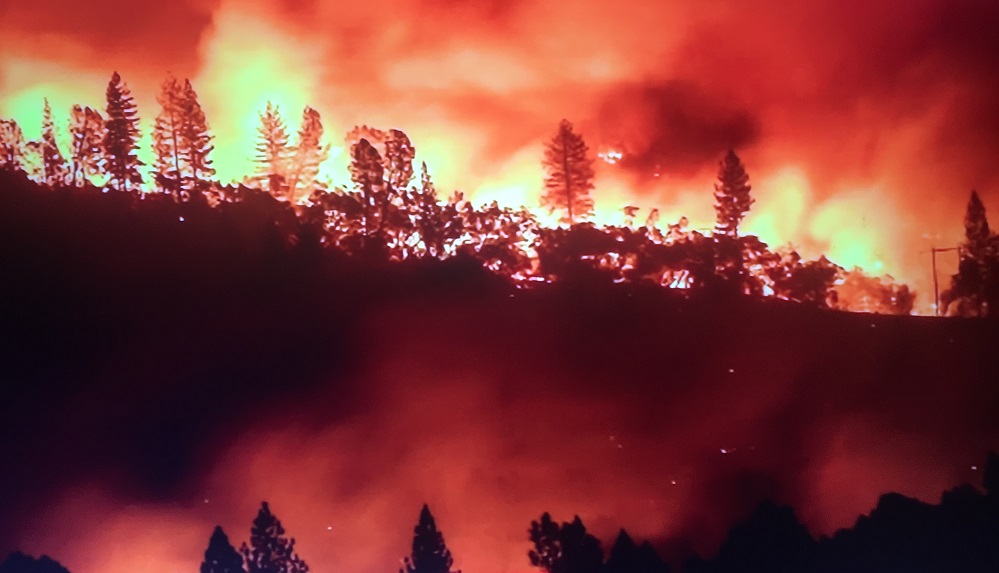 SAN FRANCISCO (CN) – Pacific Gas and Electric lawyers appeared before a federal judge Tuesday to explain how the company is working to fix serious flaws identified in its wildfire prevention work.

"The program that is underway is unprecedented in scope," PG&E lawyer Kevin Orsini said in court. "We're trying to do a level of work that no utility in the country to our knowledge is doing or has ever done before."

Orsini was responding to a federal monitor's report, which found the company missed thousands of potentially hazardous trees near power lines and that its record-keeping system was dangerously inaccurate.

On Tuesday, Orsini said the overwhelming majority of those missed trees, about 85%, were healthy trees identified as hazardous only because they belonged to a group of 10 tree species classified as high-risk for fire danger.

"This is fundamentally different from what these types of workers have done before," Orsini said. "It's just not common practice for them to go out there and cut down these healthy trees."

To address the problem, Orsini said the company launched new mandatory training sessions, required "four sets of eyes" to double-check every tree within 12 feet of power lines in high-risk areas, and resolved to terminate any tree inspector who fails to pass a competency test after three tries.

Orsini said the company has 100,000 miles of power lines to go through.

"It won't happen overnight, but we're working to fix it," he said.

Responding to the judge's query, Orsini said the company is aware of at least one instance in which a contracted tree worker falsified information in the system, a move that appeared to be intentional. He said that contractor was fired.

Alsup asked PG&E to inform him any time a contractor is suspected of falsifying a report, adding he may refer the matter to the U.S. Attorney's Office for prosecution.

"I think they should know that this is serious work," Alsup said.

Orsini also said the company is preparing to shut off power for thousands of customers when high wind gusts occur in the upcoming autumn months to prevent fires. He said the company has held close to 1,000 meetings with communities and first responders on its de-energization program with a heavy focus on helping people who depend on electricity to power their life-saving equipment.

"California should expect more of it this year because it's an important component of how PG&E is trying to reduce wildfire risk," Orsini said.

Alsup asked PG&E to report back to him on how many fires of 10 acres or more were started by PG&E equipment so far this year. The judge said he plans to schedule another court hearing in late December to get an update on PG&E's fire prevention work.

Speaking with reporters outside the courthouse Tuesday, PG&E CEO Bill Johnson said the utility agrees with the monitor's report and finds it helpful in identifying problems and improving the program.

PG&E has about 4,500 workers cutting and trimming trees every day as part of its enhanced vegetation management program. The company has trimmed or cut 900,000 trees this year and expects to double that number by the end of 2019, according to Johnson.

"This is a huge effort, and we're learning as we go," Johnson said.