Orange County’s top prosecutor said in a sharply worded letter Wednesday that the county sheriff’s failure to inform him about evidence-booking misconduct by officers could jeopardize thousands of criminal cases his office has filed.

SANTA ANA, Calif. (CN) - Orange County’s top prosecutor said in a sharply worded letter Wednesday that the county sheriff’s failure to inform him about evidence-booking misconduct by officers could jeopardize thousands of criminal cases his office has filed.

The probe found systemic problems in which officers failed to submit photos, surveillance video, audio recordings and other digital media in accordance with department policy, which requires that evidence be booked before a shift is over. 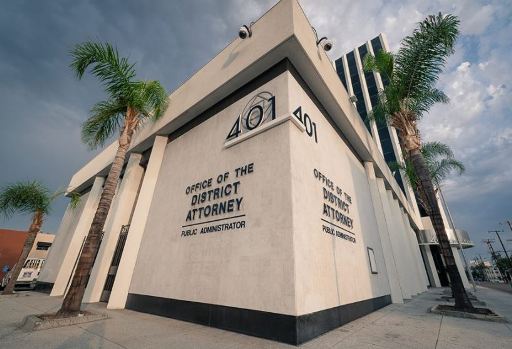 Officers also held weapons, drugs and other crime evidence for longer than is allowed under department booking policy.

Orange County Sheriff Don Barnes said in a statement Wednesday that the department began investigating reports of misconduct in 2016 and again in 2018, resulting in fifteen criminal investigations of officers.

“Our department alone identified this issue, conducted two internal audits, and held accountable individuals who violated department policy, including submission to the district attorney for their consideration to prosecute the individuals involved,” Barnes said in the statement, adding that after the district attorney refused to bring criminal charges against the officers, the department launched an additional probe of the officers’ conduct.

Barnes said the department has been able to produce requested evidence for criminal cases, despite the evidence-handling debacle.

Orange County District Attorney Todd Spitzer said in a statement Wednesday that the total of seventeen criminal investigations into officer misconduct seemed unrelated and did not comprehensively explain the scope of the problem.

“There was no effort by your Department to put these cases in context or highlight that these were anything other than an audit of individual deputy records,” Spitzer, who was elected in 2018, wrote in the letter. “A decision by my office not to file criminal charges does not equate to my office condoning the behavior in question.”

Spitzer, a former county supervisor, told Barnes in the letter that he felt left out of the loop.

“I knew nothing of this matter until November 15, 2019 when I was informed about it from a local newspaper reporter,” Spitzer wrote. “My subsequent review of your submissions revealed that your department did not in any way properly disclose that the Sheriff’s Department was engaged in a systematic department-wide review of evidence related booking issues.”

County supervisors and other officials first became aware of the audits’ findings in a November 18 article published by the Orange County Register.

Barnes, elected in 2018, refuted the assertion that thousands of criminal cases could be jeopardized by the issue.

“Neither of these audits, nor any factual circumstances, have indicated or implied that there are ‘thousands’ of cases affected, that there was ‘evidence tampering’ or that ‘hundreds of deputies lied,’” Barnes said in the statement. “Any baseless accusation to the contrary is a thinly-veiled attempt to discredit law enforcement and is their blatant attempt to allow people accused of crimes to go free and not be held accountable for their actions.”

Orange County Sheriff’s Department public relations officer Carrie Braun said in an email Wednesday that, so far, four officers have been fired as part of the internal audit process.

Braun said the department has disciplined seven officers and has launched investigations into the actions of four other officers.