New evidence has led to an update of when an ancient ice sheet that used to cover large portions of North America melted – a discovery has implications for modern ice sheets and glaciers in the face of climate change. 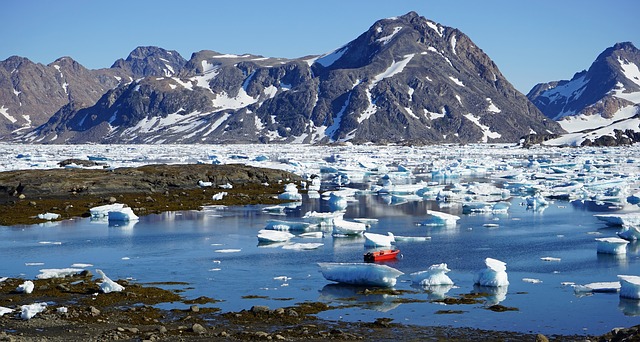 (CN) – New evidence has led to an update of when an ancient ice sheet that used to cover large portions of North America melted – a discovery that has implications for modern ice sheets and glaciers in the face of climate change.

The findings, published Thursday in the journal Science, suggest that the Cordilleran ice sheet had largely melted as early as 14,000 years ago, a revision of previous estimates that much of western Canada remained covered in ice as late as 12,500 years ago.

Triggered by an abrupt period of warming during the late Pleistocene, which ended about 11,700 years ago, the collapse of the Cordilleran ice sheet holds important lessons for both the style and pace of the current melting of the Greenland ice sheet.

“The main analogy lies in the fact that much of Greenland is quite mountainous much like western Canada and many of the mountains are adjacent to the ocean where some parts of the glacier end,” said co-author Brent Goehring, an assistant professor at Tulane University. “Greenland has quite a bit more marine-terminating glaciers, so the comparisons are not totally fair, but compared to many of the other ice sheets that once existed, the Cordilleran is the most analogous.

“Thus, it is likely that as climate change continues, melting of Greenland will not just be from the outside to the inside, but could be much more complex.”

The findings underscore how sensitive ice sheets are to periods of rapid warming, which scientists must consider as nations around the world attempt to prepare for, and limit, the effects of climate change.

“I think they need to not take for granted the rapidity at which these types of events can occur,” Goehring said. “This is not a problem for multiple generations down the road, but could be more imminent.

“We really are at a critical point with many glaciers and ice sheets globally.”

The team used beryllium isotopes to date 76 samples from the ridge of debris that formed after the Cordilleran ice sheet retreated to determine the new timeline.

Scientists believe the demise of the Cordilleran ice sheet alone resulted in a sea-level rise of between 8 and 10 feet.