More than 216,000 men, women and children fled their homes in northwest Syria in buses, trucks and cars in recent weeks, under intense air and ground bombardment by government forces, a Syrian relief group said Wednesday.

Government forces have been bombarding southern and eastern Idlib province, the last rebel stronghold in the war-torn country, since late November. A ground offensive that began last week has displaced more people, and government forces have captured more than 40 villages and hamlets, according to the Syrian army and opposition activists.

The Syrian Response Coordination Group, a relief group active in northwestern Syria, said 216,632 people have fled their homes, many of them with no place to go. Many have been heading toward the Turkish border.

The group said people fled from about 250 villages and towns, and that 252 civilians, including 79 children, have been killed in the violence.

Before the ground offensive began last Thursday, the U.N. reported that some 60,000 Idlib residents already had been displaced since the government's bombing campaign began in late November.

The group called on other relief agencies to help the displaced amid cold weather and heavy rain. In recent weeks tent settlements of displaced people were flooded, adding to their misery.

"We call upon the international community to pressure the regime and its allies to stop their military campaign," it said. 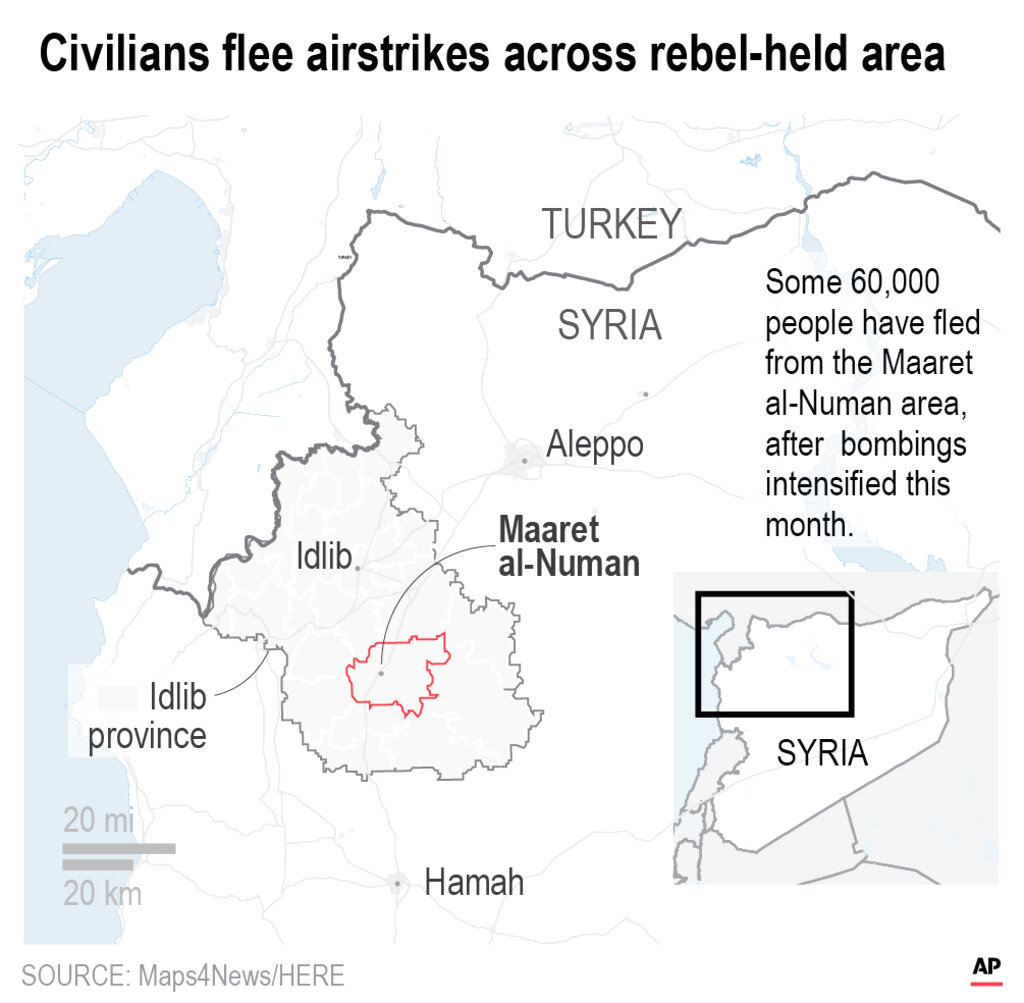 Under cover of airstrikes and heavy shelling, Syrian troops have been pushing toward a major rebel-held town, Maaret al-Numan. The town sits on a key highway linking the capital Damascus with the northern city of Aleppo, Syria's largest.

The immediate goal of Syrian President Bashar Assad's forces appeared to be reopening the strategic highway, which has been closed by the rebels since 2012.

Idlib province is dominated by al-Qaida-linked militants. It's also home to 3 million civilians, and the United Nations has warned of the growing risk of a humanitarian catastrophe along the Turkish border.

President Donald Trump’s withdrawal of U.S. troops from the region opened the door to the joint Russian and Syrian offensive.