Some soups may be good for more than just the soul. A new study suggests that certain homemade broths — made from chicken, beef or even just vegetables — might have properties that can help fight malaria.

PARIS (AFP) — Some soups may be good for more than just the soul.

A new study suggests that certain homemade broths — made from chicken, beef or even just vegetables — might have properties that can help fight malaria.

Researcher Jake Baum of Imperial College London asked children from diverse cultural backgrounds at state-funded Eden Primary School to bring in homemade clear soup broth from recipes that had been passed down across generations to treat fever.

The samples were filtered and incubated with cultures of Plasmodium falciparum, a parasite that accounts for an estimated 99.7% of malaria cases in Africa, according to the World Health Organization.

Of 56 soup samples tested, five were more than 50% effective in curbing growth of the parasite, two with similar success as one drug currently used to treat malaria, Baum and his team reported Tuesday in the Archives of Disease in Childhood.

Four other soups were more than 50% effective at blocking parasites from maturing to be able to infect mosquitoes, which transmit the disease.

"When we started getting soups that worked — in the lab under very restricted conditions, I should add — we were really happy and excited," Baum told AFP in an email.

But he noted that it was unclear which ingredients had the antimalarial properties.

"If we were serious about going back and finding the magic ingredient, like good scientists, we'd have to do it in a very standardized way," he said.

The soups came from families from diverse ethnic backgrounds, including Europe, North Africa and the Middle East, and had a variety of base ingredients, including chicken, beef, beetroot and cabbage. 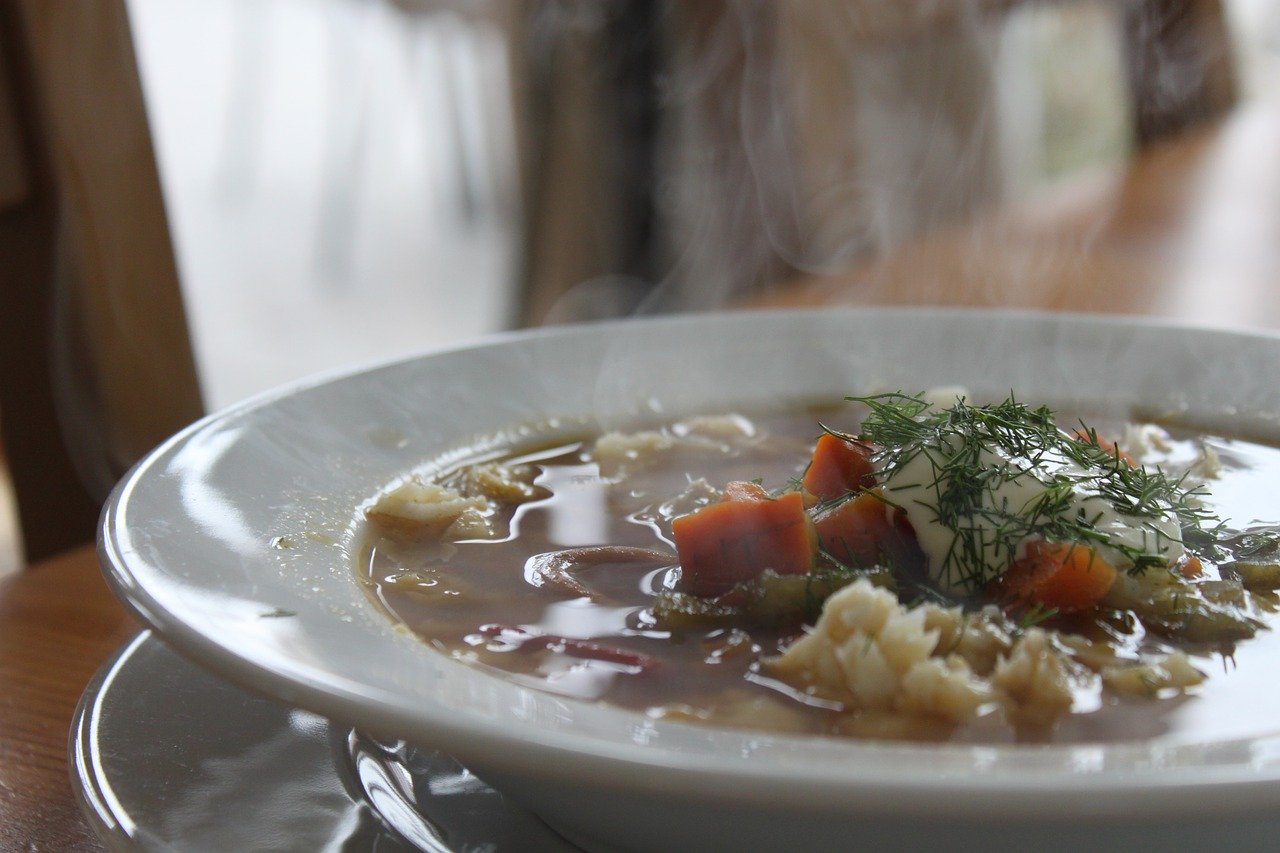 Much to the pleasure of the vegetarians involved in the study, Baum noted, the veggie-only soups showed similar results to the meat-based ones.

Baum said he had wanted to teach children the process through which scientific research can turn an herbal remedy into a synthetically produced medicine.

He pointed to the success of Chinese professor Tu Youyou who in the 1970s was instrumental in isolating and extracting an antimalarial substance from quinhao, an herb used in Eastern medicine to treat fever for some two thousand years.

This research led to the synthetic production of artemisinin — a drug now widely used to treat malaria — and won Tu the Nobel Prize in 2015.

Emerging resistance to drugs treating the disease — which kills some 400,000 people a year — means scientists have to "look beyond the chemistry shelf for new drugs," Baum noted in a press release.

"The lesson from me was more that there may well be golden recipes out there in the world for disease that remain untapped."