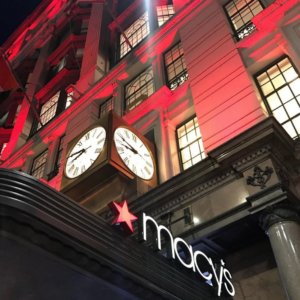 Macy’s generated more than 269,158 lbs. of hazardous waste from 2012 to 2015 from 44 locations identified in the settlement, the EPA said in a statement. Each site should have registered with the EPA and state, but did not.

This violated the Resource Conservation and Recovery Act, which gives the EPA authority to control hazardous waste from “cradle to grave.” The EPA estimates Macy’s manages as much as 1.2 million lbs. of hazardous waste nationwide annually, based on the average rate of hazardous waste generated by the 44 stores in the civil settlement.

According to the EPA, the waste involved "liquid and semi-liquid cosmetic and fragrance" items that had been returned by customers. The agency considers the items hazardous waste as they can ignite or be corrosive.

Macy’s agreed to develop a program to train 400 retailers in Oklahoma and Texas how to comply with the regulations, and conduct third-party audits of 11 of its largest facilities in Texas, Oklahoma, Louisiana and New Mexico.

Macy’s did not immediately respond to an email message seeks comment after business hours Wednesday.