The lawyer versus raccoon controversies continue. You may recall a few weeks ago a lawyer in Florida got sent to a professionalism workshop for knocking a raccoon into the ocean. Now a lawyer in Pennsylvania has filed a federal suit claiming he’s been harassed by law enforcement after he shot a raccoon.

The lawyer versus raccoon controversies continue. You may recall a few weeks ago a lawyer in Florida got sent to a professionalism workshop for knocking a raccoon into the ocean. Now a lawyer in Pennsylvania has filed a federal suit claiming he’s been harassed by law enforcement after he shot a raccoon.

Emotions run high when it comes to raccoons. You either love them or hate them.

The Pennsylvania lawyer, Lawrence Kansky, claimed in his suit that after the raccoon shooting the local sheriff, Brian Szumski, “made the official decision to revoke Plaintiff’s License to Carry a Fireman” — the capital letters are in the lawsuit — “retaliate against him for his free speech, failed to provide due process and violated Plaintiff’s Second Amendment rights.” 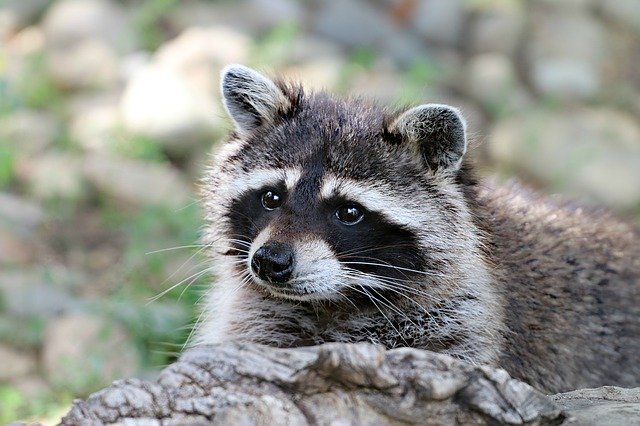 Apparently, all of those Constitutional protections cover raccoon shootings.

You may be wondering at this point how an attorney comes to execute a raccoon. (You may now insert your own bad joke about masks.) The answer, according to the lawsuit, is that he found an injured raccoon and called 911 several times — “starting at 5:37 a.m.”

There’s no explanation as to how one runs into an injured raccoon early in the morning, but I like to think someone was staggering home from a good time — either the lawyer or the raccoon.

The plaintiff “continued” to call 911 “during the next eight hours with absolutely no response from law enforcement.”

Picture the scene: a frantic lawyer, canceling all his appointments and reordering his priorities, spends eight hours desperately calling for raccoon help. Local police fail to rush to the raccoon scene. It’s inexplicable!

So what does one do at this point? If you’re the plaintiff, you shoot the raccoon, “which was suffering, injured, possibly had rabies or other diseases, which was a potential danger to the public.” Eight hours of public danger is apparently the limit.

Law enforcement did react to the shooting. The lawyer was charged with “two counts of recklessly engaging [sic] another person, disorderly conduct and unlawful acts concerning taking of furbearers.” It’s not clear who this other person was, but I assume it’s the raccoon.

So is the plaintiff a hero or villain? The suit claims that Kansky “received the esteemed Animal Rights Award from Tracy’s Hope Hospice and Animal Rescue for his brave actions of protecting himself and the community from a wild and dangerous animal.”

Once again, we see an example of the stark divisions in our society. The national nightmare continues.

Question. Issue for the Florida professionalism workshop: Is it more professional, in the context of a lawyer-raccoon confrontation, to throw the animal into the water or shoot it? Does it matter if the raccoon also has a gun?

But some of these arbitrary boundaries may be eroding now that some counties in Virginia are making noises about switching over to West Virginia so they can keep their guns. I don’t know if they can do that, but West Virginia legislators seem happy to have them come over. The state Senate the other day passed a rambling resolution — namedropping everything from Patrick Henry to Czechoslovakia and South Sudan — calling for an election in West Virginia on whether to allow in the Virginians who need guns. The resolution says this is for “the restoration of harmony to the Virginias,” but after all the passages about guns it sounds more like a call for backup.

Be that as it may, if I were a Virginia County (as opposed to a human being), I’d consider my options. If you can switch to West Virginia, why couldn’t you switch to, say, Texas? They’re serious about guns there too and they have a bigger state budget.

This could be fun. Counties could change states every election year. Might as well keep things interesting.