Head of California State Bar Stepping Down in January

California State Bar executive director Leah Wilson will resign Jan. 17, after a term marked concurrently by upheaval within the agency and visionary reforms that now face an uncertain future. 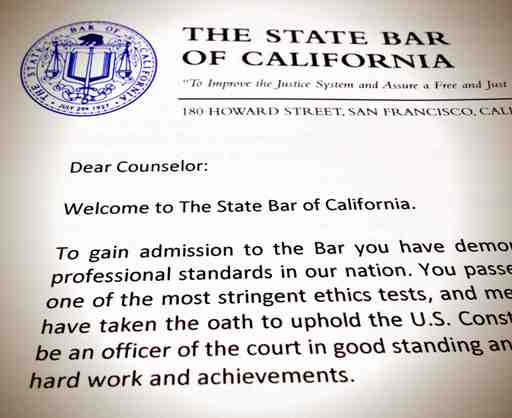 Wilson stepped into the role in September 2017, just as the bar was preparing to divide its operations under pressure from the Legislature. While the bar retained its attorney licensing and disciplinary functions, its 16 specialty law sections broke off to form the nonprofit trade group California Lawyers’ Association.

The monumental split was spurred in part by mounting criticism of the sections’ venue choices and spending on alcohol at industry meetings, as the backlog of attorney discipline cases continued to grow.

It had also freshly emerged from a three-year legal battle with its former executive director, state Sen. Joseph Dunn, who was ousted amid allegations of concealing from the bar’s board information on matters ranging from a possible relocation of its headquarters to his spending agency money on a trip to Mongolia.

Dunn filed a whistleblower lawsuit in 2014, claiming he was axed in retaliation for reporting that the Office of Chief Trial Counsel had tampered with its number of backlogged disciplinary cases. The lawsuit was forced into arbitration, where a state court judge rejected Dunn’s claims and cleared the agency, an order that ended three years of mudslinging.

Wilson joined the bar in 2015 as its first chief operations officer, but the controversy did not end when she took the helm as executive director two years later as public attention shifted to the bar’s dismal exam passage rate – prompting a proposed overhaul of the test.

The state bar hired several consulting firms to study the necessity of lowering the exam’s cut score, currently the second highest in the nation after Delaware. Reform advocates have demanded that the bar “close the justice gap” by lowering the barrier to entry into the legal profession.

At the beginning of the year, Wilson introduced an initiative to promote inclusion and diversity, examine the effect of student loan debt on new lawyers, and address the troubling issue of low-income Californians not receiving enough legal help on civil matters like custody disputes, debt collection and employment issues. In September, the bar announced that it would distribute an unprecedented $78 million in legal aid grants for indigent Californians.

A study released last month also revealed racial disparities in attorney discipline, with black male lawyers resigning or being disbarred at a rate of 3.9% compared to 1% for white men. Wilson vowed to combat unintentional bias in the bar’s disciplinary system, saying, “demonstrated commitment to inclusion and diversity must extend beyond training and aspirational goal-setting. The state bar’s discipline system needs to protect the public in a way that is fair and unbiased.”

In the little over two years of Wilson’s leadership, the state bar also accomplished the extraordinary feat of getting an attorney dues increase passed for the first time in 20 years, from $123 to $438 for active attorneys under a bill signed by Gov. Gavin Newsom in October. With various fees tacked on, the full amount totals $544. Wilson praised the hike, saying it would fund retiree benefits for staff, as well as technology programs and building maintenance.

The Legislature notoriously refused to authorize the state bar to collect any dues at all in 2016 after a withering state audit the previous year called out the agency for misspending and mismanagement. The California Supreme Court stepped in and allowed the bar to fund its discipline system for the year, but nothing else.

The Legislature approved the bar’s fee bill in 2017 but made it contingent on a series of structural changes.

In a statement Friday, Wilson said she was proud of what the agency has accomplished.

“We have made concrete, measurable progress on many strategic initiatives supporting our mission of public protection, furthering access to legal services, and promoting diversity and inclusion in the profession. A renewed emphasis on metrics and data has strengthened both the agency’s accountability and its ability to address dynamic changes in the profession,” she said. “I have cherished the responsibility of spearheading this dynamic transformation, but this year marks two decades in my public service career, and I am ready for a new chapter in my professional life.”

Donna Hershkowitz, the bar’s chief of programs, will step in as interim leader. Hershkowitz found herself dealing with her own managerial crisis this year when the bar exam essay topics were inadvertently leaked to 16 law school deans just days before it was set to take place. Wilson had removed herself from any involvement because her son was sitting for the exam.

An investigation by an outside law firm hired by the Supreme Court cleared the bar’s staff of any wrongdoing but found shortcomings in the way the agency handled the mess, including the decision by Hershkowitz and board members not to involve the Supreme Court.