Grizzly bears could soon roam the North Cascade mountains in Washington state and revitalize the alpine forest, but not everyone welcomes the prospect of the keystone predator’s return. 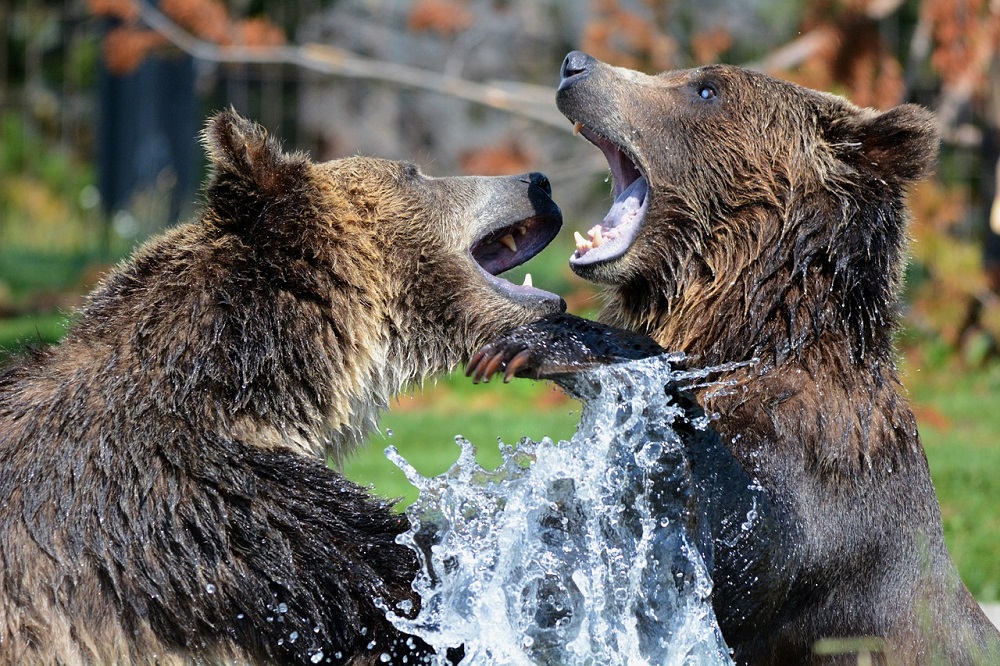 (CN) - Grizzly bears could soon roam the North Cascade mountains in Washington state and revitalize the alpine forest, but not everyone welcomes the prospect of the keystone predator's return.

An estimated 50,000 grizzly bears thrived across western North America until hunting and habitat destruction reduced their numbers. One of the first creatures to be listed under the Endangered Species Act, there are now only five viable populations in the lower 48 states. One, the Selkirk Mountains, straddles the border of Canada, northern Washington state and Idaho. But another area of the Evergreen State, geographically isolated from the Selkirks, could soon be home to a sixth mainland population of grizzly bears.

It all depends on the outcome of a process restarted by former Interior Secretary Ryan Zinke. The U.S. Fish & Wildlife Service issued an environmental impact statement in January 2017 with proposals to increase to 200 a population that has dwindled to fewer than 10. The North Cascades represent the largest continuous grizzly habitat bordering Canada, but the bears are at risk of local extinction there. Major highways, huge rivers, orchards and shrub steppe habitat the bears can’t cross stand between the nearest grizzly populations and their potential home in the North Cascades.

The government proposed four potential plans – three that would introduce grizzlies from two thriving populations in Canada and Montana and one where the government would not reintroduce any bears and instead focus on habitat restoration and preventing poachers from getting the few that remain.

Public comment on the proposals ended Thursday, and the government said none of the public comments were available for review. Denise Shultz, chief of visitor services for the North Cascades National Park, said the comments wouldn’t be publicly available until they were analyzed by the Park Service. After it analyzes the comments, the government will issue its final environmental impact statement.

In interviews, opinions were mixed.

“Where you have grizzly bears, you see a lot more biodiversity,” Krehbiel said. “Bears dig. They dig for roots and tubers and when they do that, they mix up the chemicals in the soil and expose them to air, which means more biodiversity among plants, birds and mammals.”

But the “no action” alternative is the proposal favored by the Sauk-Suittle Indian Tribe, headquartered near the Mt. Baker-Snoqualmie National Forest. In the tribe’s view, the current “true health” of the North Cascades can’t support the addition of grizzly bears.

“The claim is that our ecosystem is healthy enough, but we just don’t see that,” tribal chairman Benjamin Joseph wrote in an email. “We prefer the migration naturally from these bears as we are fully aware in traditional time they lived alongside our membership and tribe.”

Joseph worried about the bears devouring struggling salmon runs, and further imperiling endangered Southern Resident killer whales, who are starving for a lack of salmon.

But according to Penny Becker, wildlife diversity manager for Washington Department of Fish and Wildlife, the bears being considered for reintroduction come from populations that eat very few fish and instead focus on huckleberries, roots and tubers.

“We are also concerned about the health and welfare of our tribal membership that utilize the lands for hunting, gathering, fishing, and spiritual and religious practices that often result with tribal members being out on the landscape alone for an extended time to practice our traditional practices,” Joseph wrote. “With a small population of 308 members a single loss to our tribe is devastating.”

Becker said one option under consideration would allow for the bears to be managed intensively and moved if they got too close to places where people live. She added that people live successfully near grizzlies in eastern Washington state, Idaho and Montana.

“Bears generally prefer to avoid humans,” Becker said. “So those situations thankfully are not very common.”