Google spinoff Waymo brought a federal complaint against Uber, claiming a former Waymo manager swiped its self-driving car technology to set up a competing company, which Uber bought for $680 million. 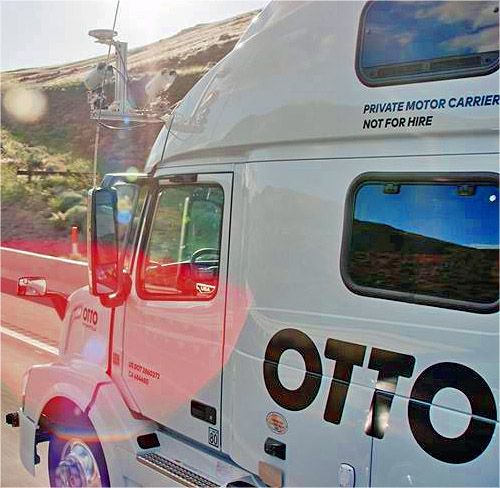 Waymo claims its former manager Anthony Levandowski stole confidential designs for the technology and used them to set up the competing company Otto.

Levandowski is not named as an individual defendant.

The patent claims are based on based on Waymo’s LiDAR technology, a laser-based scanning and mapping system that creates a real-time three-dimensional image of the world.

In an interesting, and perhaps embarrassing development in such a high-tech case, Waymo says, it “was recently – and apparently inadvertently – copied on an email from one

of its LiDAR component vendors. The email attached machine drawings of what purports to be an Uber LiDAR circuit board. This circuit board bears a striking resemblance to Waymo’s own highly confidential and proprietary design and reflects Waymo trade secrets. As this email shows, Otto and Uber are currently building and deploying (or intending to deploy) LiDAR systems (or system components) using Waymo’s trade secret designs. This email also shows that Otto and Uber’s LiDAR systems infringe multiple LiDAR technology patents awarded to Waymo.”

Uber bought Otto for $680 million in August 2016, three months after it went public. Waymo claims it used the technology Levandowski had stolen from it to revive its own “stalled” self-driving car program, in violation of the Defense of Trade Secrets Act and the California Uniform Trade Secret Act. Waymo also claims the two companies infringed on three of its patents.

“Fair competition spurs new technical innovation, but what has happened here is not fair competition,” Waymo said in its complaint.

Waymo, a stand-alone company operating alongside Google under the Alphabet umbrella, began in 2009 as Google's self-driving car program. Waymo says it designed and built the world's first self-driving car, without a steering wheel or foot pedals, and was the first company to complete a self-driving trip on public roads.

Its cars have driven from the San Francisco Bay Area to Los Angeles, across the Golden Gate Bridge and along the Pacific Coast Highway, according to the 28-page complaint.

Waymo says it spent seven years and “tens of millions of dollars” developing its LiDAR systems, which Otto and Uber are using to compete unfairly.

Waymo claims that Levandowski, who leads Uber's self-driving car program, downloaded more than 14,000 confidential and proprietary files from Waymo’s server shortly before he resigned in January 2016, including files containing its LiDAR circuit board designs.

To access the server, Waymo says, Levandowski searched for and installed software onto his company-issued laptop and downloaded the files onto an external drive over the course of eight hours. He then installed a new operating system to reformat the laptop in what Waymo says was an attempt to hide the theft.

In the months before he resigned, Waymo says, Levandowski told colleagues he planned to start his own self-driving car company. It says multiple Waymo employees left Waymo to join him, downloading more of Waymo's trade secrets along the way.

Waymo says Uber bought Levandowski's company so it could have an in-house LiDAR system after its own attempts to develop self-driving cars through a partnership with Carnegie Mellon University failed to go anywhere. It cites reports circulating at the time that “one of the keys to this acquisition ... could be the LiDAR system that was developed in-house at Otto.”

“Uber's LiDAR technology is actually Waymo's LiDAR technology,” Waymo says in the complaint. “While Waymo developed its custom LiDAR systems with sustained effort over many years, defendants leveraged stolen information to shortcut the process and purportedly build a comparable LiDAR system in only nine months.”

Uber denied it on Friday. An Uber spokesperson said in an emailed statement that Waymo filed the lawsuit to undercut competition from Uber.

“We have reviewed Waymo's claims and determined them to be a baseless attempt to slow down a competitor and we look forward to vigorously defending against them in court,” the spokesperson said.

It is represented by Charles Verhoeven with Quinn Emanuel Urquhart & Sullivan in San Francisco, who did not respond to a request for comment Friday.