The FBI has recovered a 1919 Norman Rockwell painting stolen more than 40 years ago from a New Jersey home. 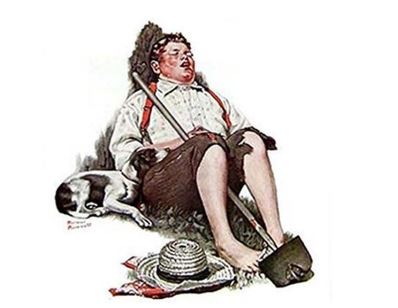 PHILADELPHIA (AP) — The FBI has recovered a 1919 Norman Rockwell painting stolen more than 40 years ago from a New Jersey home.

The painting, sometimes called "Lazybones" or "Boy Asleep with Hoe," graced the cover of the Sept. 6, 1919, edition of the Saturday Evening Post. The oil-on-canvas piece was among several items taken during a 1976 break-in in Cherry Hill, a Philadelphia suburb.

Susan Murta tells The Philadelphia Inquirer the FBI did a great job. She last saw the painting in her parents' home in 1976. Her parents are now deceased.

An Inquirer story last year said the owner forked over $75 for it after accidentally damaging the painting with a pool cue in 1954. It's now believed worth more than $1 million.

It's unclear how the painting was recovered.