French far-left leader Jean-Luc Mélenchon is facing a deepening probe into allegations of improperly using European Parliament funds to pay campaign workers, and possible charges of intimidation and violence after his hot-headed response to raids on his Paris home and party headquarters. 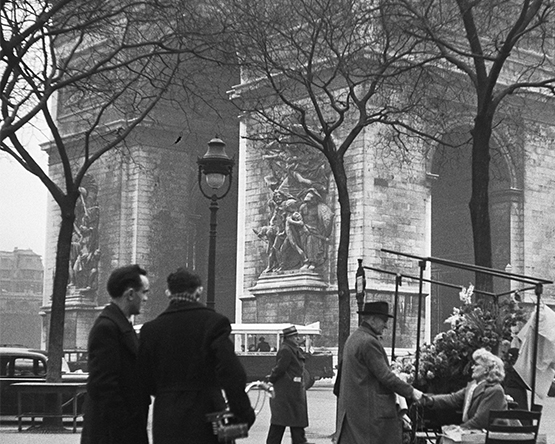 (CN) — French far-left leader Jean-Luc Mélenchon is facing a deepening probe into allegations of improperly using European Parliament funds to pay campaign workers, and possible charges of intimidation and violence after his hot-headed response to raids on his Paris home and party headquarters.

Thursday Mélenchon met with prosecutors Thursday, according to French news reports. He denied wrongdoing and called the raids politically motivated.

Also raided were the homes of Mélenchon’s party’s secretary-general and his former European Parliament assistants, according to Mélenchon. The office of the affiliated Left Party was raided too.

Mélenchon was allowed into his home during the search and aired the events live via Facebook. He has about 1 million followers.

Mélenchon, 67, was seen on video shouting at French anti-corruption agents standing at the door of his home in an apartment building.

With supporters surrounding him, he shouted: “Kick down the doors, comrades!” and, “I am the Republic.” He is a member of France’s National Assembly.

Mélenchon is known for his fiery oratory and acid tongue. In stepping up attacks on Macron in the run-up to European Parliament elections next spring, he has called the president a “xenophobe” and “chaos.”

On Wednesday, prosecutors said they opened legal proceedings against him for intimidation and violence over the incident. The raids were part of a probe by French authorities into whether 2017 presidential candidates Mélenchon and far-right leader Marine Le Pen of the National Rally party improperly paid campaign workers with European Parliament funds. Another French party, the centrist Democratic Movement, faces similar accusations over “fake jobs.”

Investigators are also looking into alleged funding irregularities by Mélenchon’s campaign. Mélenchon has denied the accusations.

The campaign spending of Macron also has been the subject of criticism. He allegedly received excessive discounts from allies.

But in June, François Logerot, the head of an agency that monitors spending by French political campaigns, the CNCCFP, said those donations did not warrant investigation.

Mélenchon called the raid “politically motivated” and “an act of political aggression.”

Mélenchon said in a statement that Macron “benefited from irregular donations,” and asked: “Why hasn't a preliminary inquiry been opened?”

Mélenchon suggested Logerot shelved the inquiry because his salary had been doubled.

Mélenchon came in fourth in the 2017 presidential elections and his anti-European Union and anti-NATO party, La France Insoumise (France Unbowed), remains the fourth most popular party in France, according to opinion polls.

Police raids on the homes of French politicians are not unheard of. Most recently, in March 2017, police raided the home of François Fillon, a former prime minister and presidential candidate, in a probe over whether his wife was improperly paid for a parliamentary job. The probe doomed Fillon’s presidential hopes.

(Courthouse News reporter Cain Burdeau is based in the European Union.)