Separated from their mothers, jabbed with metal hooks, and sometimes deprived of food — many Thai elephants are tamed by force before being sold to lucrative tourism sites increasingly advertised as 'sanctuaries' to cruelty-conscious travelers.

BAN TA KLANG, Thailand (AFP) — Separated from their mothers, jabbed with metal hooks, and sometimes deprived of food — many Thai elephants are tamed by force before being sold to lucrative tourism sites increasingly advertised as 'sanctuaries' to cruelty-conscious travelers. 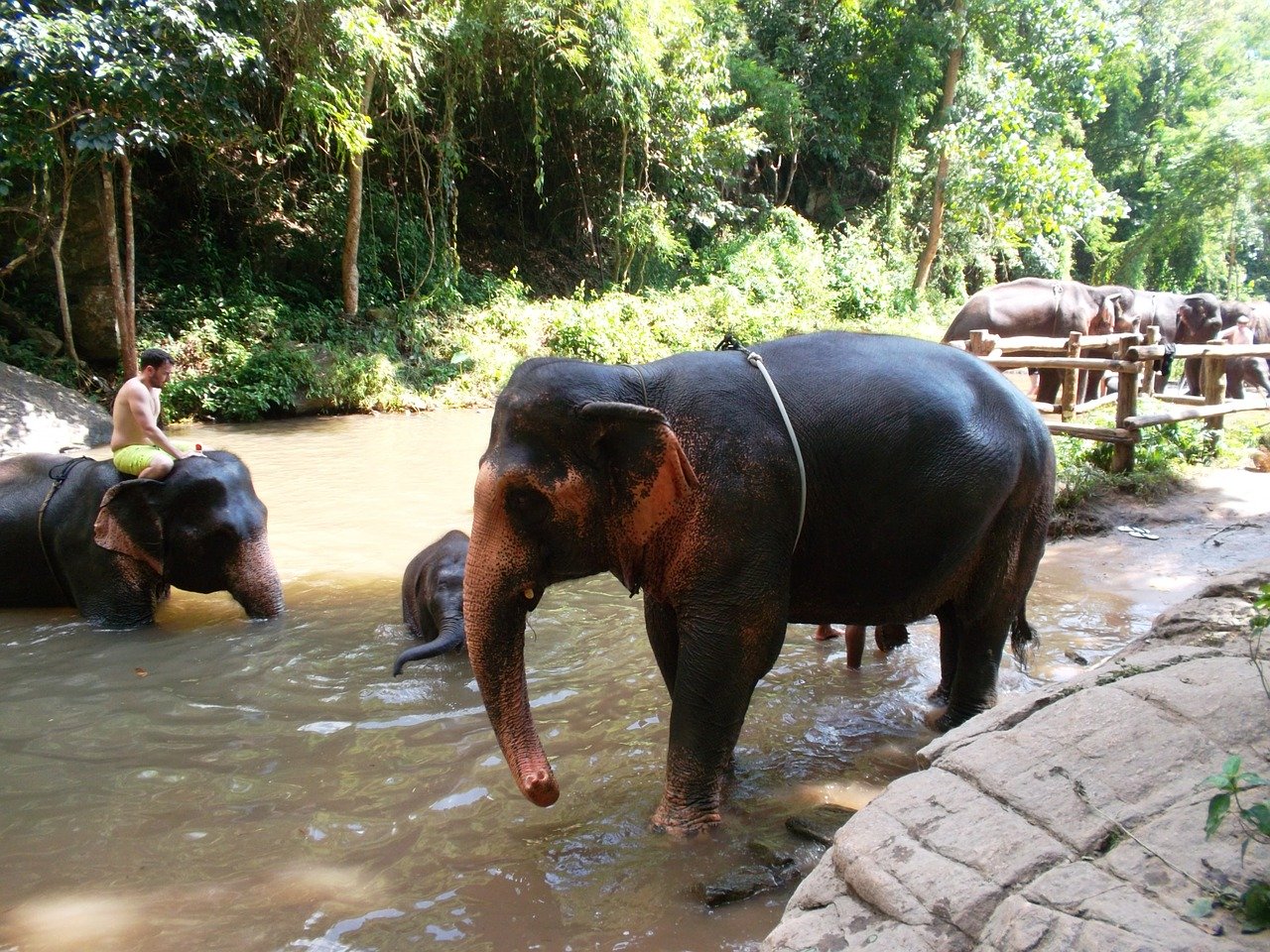 Balanced precariously on hind legs, two-year-old Ploy holds a ball in her trunk and flings it towards a hoop, one of many tricks she is learning in Ban Ta Klang, a traditional training village in the east.

Here young elephants are "broken" to interact with tens of millions of tourists who visit Thailand every year, many eager to capture social media-worthy encounters of the kingdom's national animal playing sports, dancing and even painting.

Villagers in Ban Ta Klang who have been working with the large, gentle animals for generations say taming is necessary for safety reasons and that the force is not excessive.

"We do not raise them to hurt them... if they are not stubborn, we do nothing to them," said mahout Charin, as he stroked Ploy's head affectionately and spoke of her as part of his family.

Charin makes about $350 a month in a profession that was handed down from his father and grandfather.

"I have always lived with them," he added.

But animal welfare advocates argue the taming technique -- where babies are removed from the care of fiercely devoted mothers at the age of two -- is cruel and outdated.

It is also little-known, one of many murky aspects of an evolving elephant tourism trade often kept from view of tour operators and travelers.

Elephants were phased out of the logging industry about 30 years ago, leaving their mahouts unemployed. 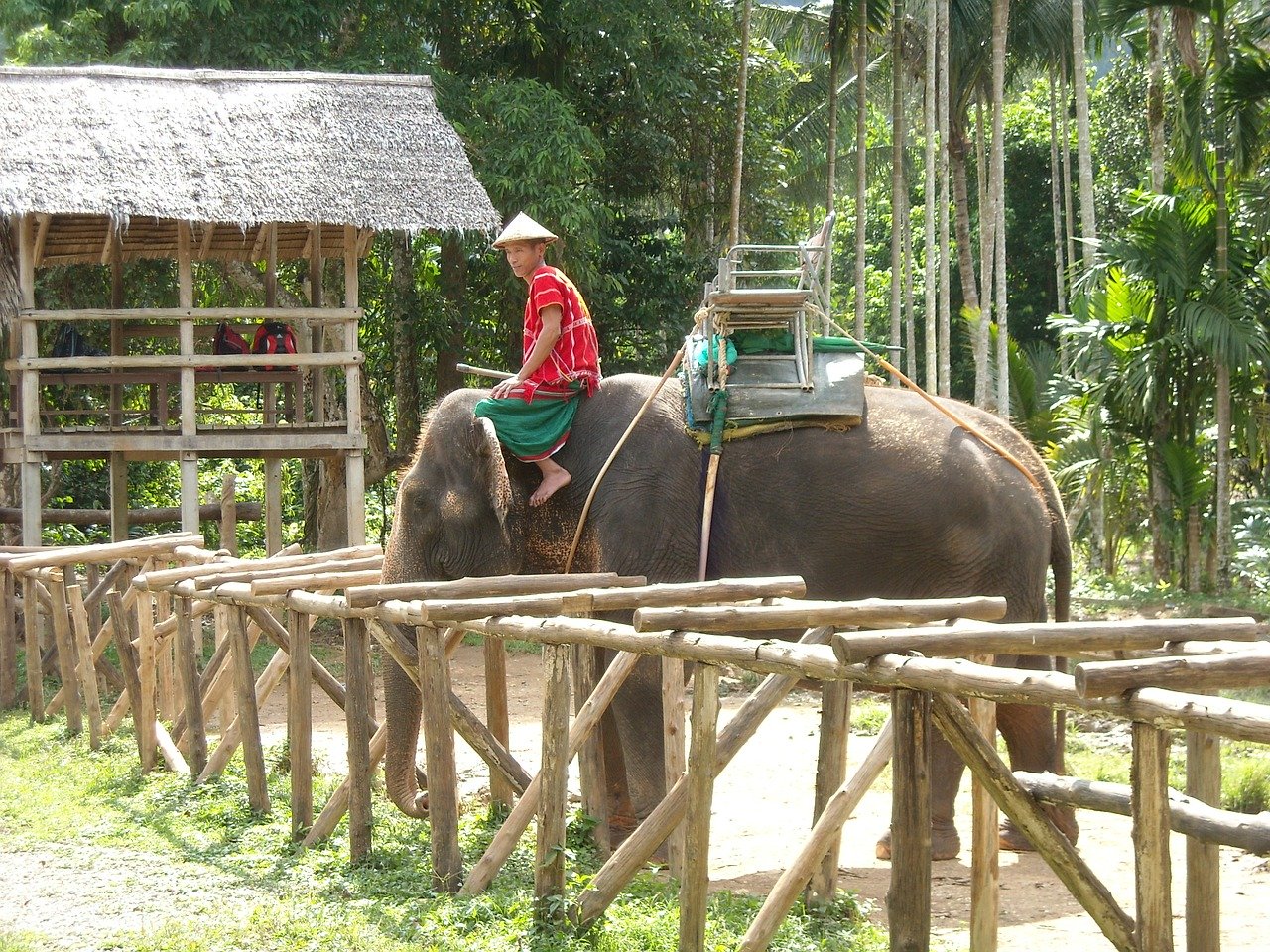 So they turned to Thailand's flourishing tourism industry, a burgeoning sector of amusement parks offering elephant rides and performances.

A tamed elephant can now fetch up to $80,000, a colossal investment that then requires gruelling hours of work and increasingly bizarre stunts to be recouped.

Mae Taeng park in the northern city of Chiang Mai receives up to 5,000 visitors per day and charges an entrance fee of about $50.

Many come to see Suda, who holds a brush in her trunk and paints Japanese-style landscapes for visitors who can later buy the prints for up to $150 before taking an elephant ride through the hills.

As tourists become more aware of the potential cruelty of such activities, a growing number of places have opted to use the term 'sanctuary' or 'refuge'.

Many do not permit rides or animal performances. Instead tourists are encouraged to feed, groom and care for elephants, gaining an unforgettable experience with one of nature's most majestic creatures.

But charities warn that even seemingly benign options, like bathing them, could still be problematic.

"The best option is to leave it to the elephant to decide if and how to bath and ask tourists to stand back to observe and enjoy this moment without interference."

But even this may not be enough.

Some animal rights experts warn it can be hard to discern the treatment of the animals after the crowds have gone home. Some reported cases of elephants at so-called sanctuaries being chained for long hours, forced to sleep on concrete, and malnourished.

Of the 220 elephant parks identified across the country, even if many promise ethical tourism, "only a dozen ensure truly satisfactory living conditions", according to WAP. 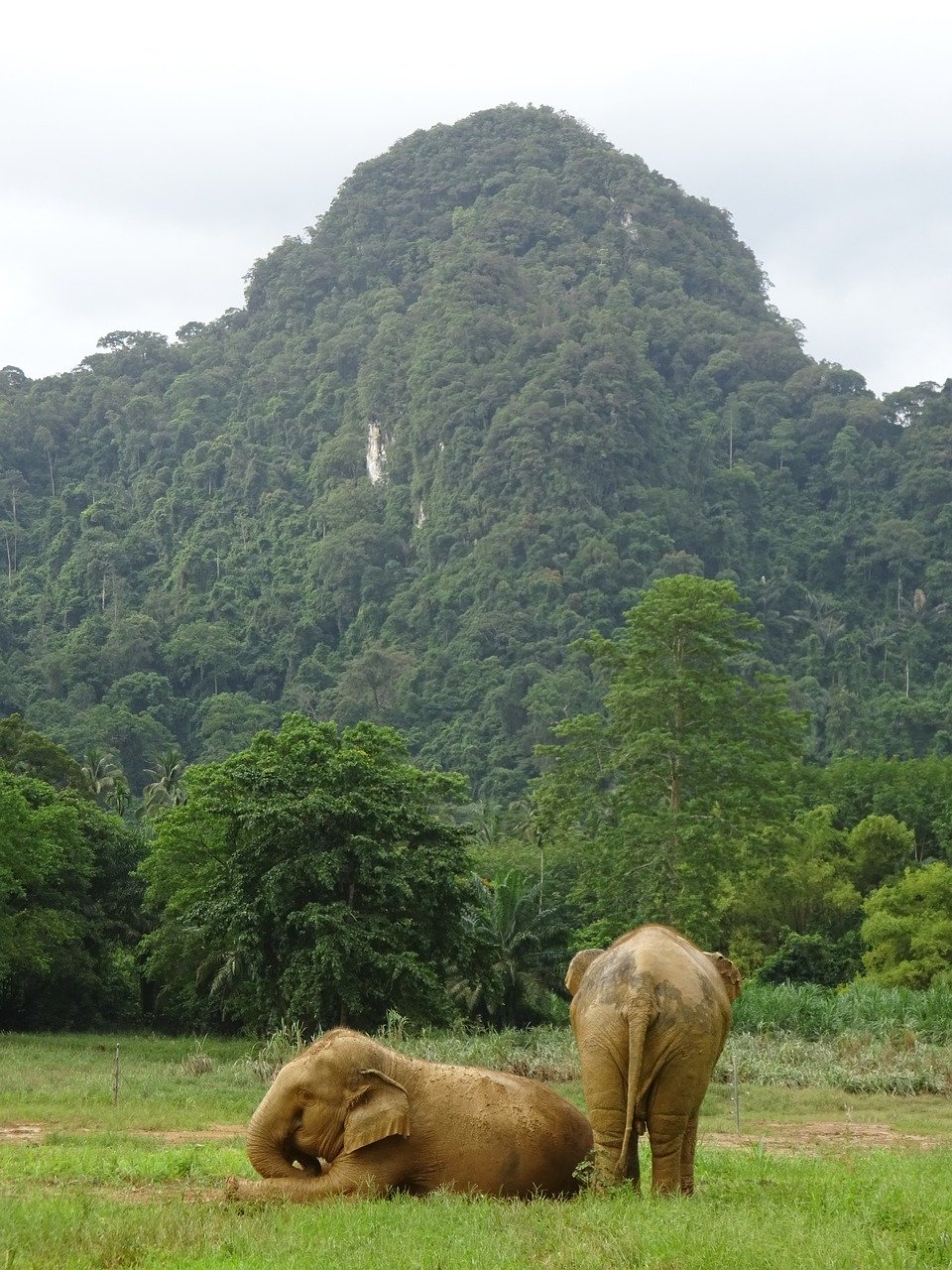 It is working with ChangChill, a small organization near Chiang Mai, bordered by a river in the middle of rice terraces.

In a few months, it changed its methods to give elephants more space, fewer interactions, and an environment resembling life in the wild.

"We don't force them to do what they wouldn't instinctively do," says director Supakorn Thanaseth.

As a result, they are "less sick, calmer.”

The risk of accidents with tourists has decreased as the animals are less stressed, though mahouts still have a hook in a bag for emergencies.

ChangChill hopes to become profitable in the current high season, but it will only be able to receive around 40 tourists a day to visit its six elephants as part of its aim to put the creatures first.

That is a drop in the bucket when Thailand has nearly 4,000 "domesticated" elephants.

Thai authorities are reluctant to reintroduce them into natural habitats, as advocated by some NGOs, because of a lack of space and potential conflict with humans.

The compromise, some argue, is to better regulate the sector and improve standards.

But there is little impetus to enact more stringent rules that would cut into the Thai tourism industry, which welcomed more than 38 million visitors this year.

But according to activist Sovaida Salwala from Friends of the Asian Elephants, an NGO who helped compile the report, their requests "remain unanswered so far".

In fact, there is some evidence the animals' situation is getting worse.

Schmidt-Burbach said their last research in 2015 found some 1,771 elephants whose welfare was in question.

He explained: "There are 357 more elephants in poor conditions compared to our 2010 study."

by Sophie DEVILLER and Jonathan KLEIN