The numbers were widely interpreted as a sign of bullish confidence by employers in the face of President Donald Trump’s trade wars and a slowing global economy.

“A trend I am seeing is a decrease in U.S. growth. I feel that U.S. gross domestic product will grow at a lower rate than it has these past few years,” said David Murphy, a money manager with Murphy Investment Advisers in Southern California.

The unemployment rate fell slightly to 3.5%, marking a 50-year low last seen in September, according to a Labor Department report released Friday.

Average hourly wages also rose modestly with a 3.1% bump over this time last year and currently stand at $28.29 an hour. 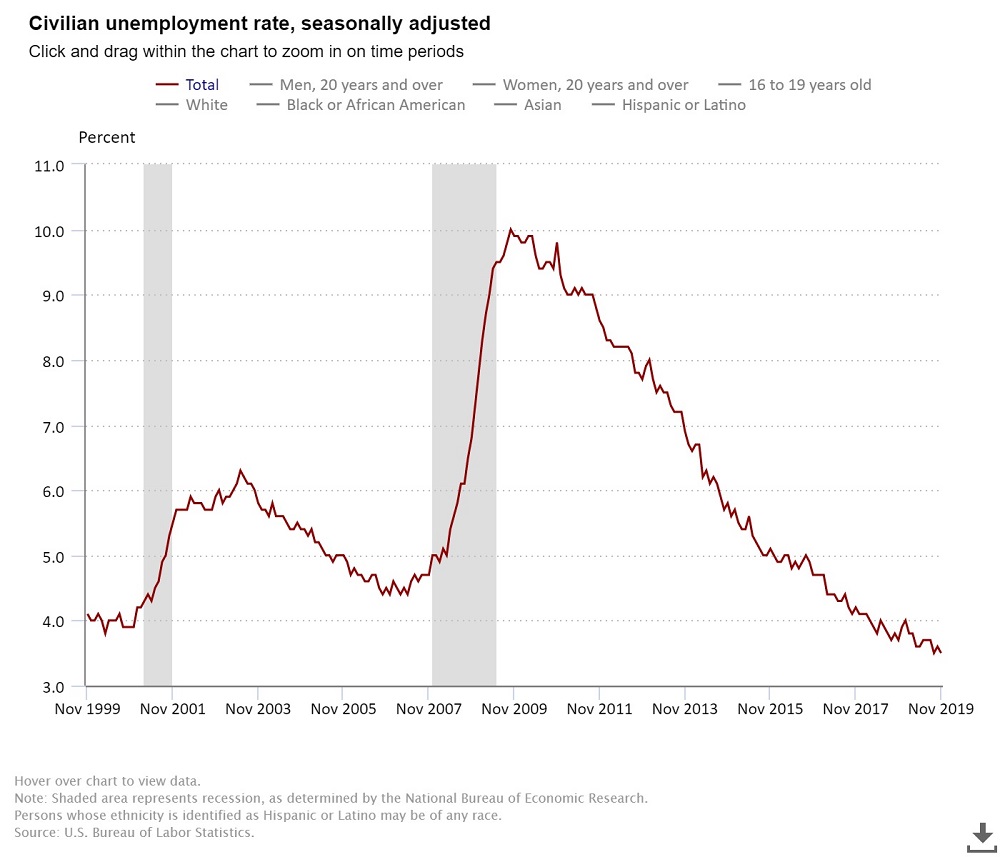 Friday’s job numbers were boosted by nearly 50,000 auto workers returning to work after a General Motors strike, but they are still considered surprisingly strong. The surge in new jobs easily beat economists’ predictions of about 190,000 added positions.

It likely means that the Federal Reserve – which has cut its key interest rate three times this year and meets again next week – is unlikely to slash the rate again anytime soon.

Within individual sectors of the economy, the health care industry added 45,000 new jobs in November, as did the leisure and hospitality sector.

There were 31,000 new positions in professional and technical services last month, and manufacturing added 54,000 jobs after losing 43,000 the month before.

Transportation and warehousing added 16,000 jobs. The mining industry, however, lost 7,000 jobs while the construction and government sectors saw little change.

Overall, the U.S. economy entered its 11th consecutive year of growth this summer, the longest streak on record. Some economists expect a slowdown in economic growth over last year’s 2.9% growth rate.

“I think that U.S. growth will fall below 2% next year,” said Murphy. “That is the main number I am concerned with. But 1%-2% growth is still better than negative growth. All I can say for sure is that U.S. GDP growth will be dropping going forward compared to where it has been these past few years.”