The D.C. Circuit has rejected a bipartisan appeal from lawmakers Thursday to upend precedent on campaign finance law, upholding an earlier decision. But attorneys fighting the uphill battle said Thursday’s ruling was a procedural stepping stone and not a setback.

The 2010 SpeechNow v. Federal Election Commission ruling held that certain PACs can rake in unlimited contributions from both individuals and corporations with the caveat being that PAC activities are not made “‘in cooperation, consultation, or concert, with, or at the request or suggestion of" a candidate, campaign or political party.

But attorneys fighting the uphill battle said Thursday’s ruling was a procedural stepping stone and not a setback.

“Since the purpose of this lawsuit is to challenge the D.C. Circuit’s 2010 SpeechNow decision, we look forward to now presenting the case to a court that is authorized to overrule SpeechNow, which the three-judge panel was not empowered to do,” Ronald Fein, an attorney with Free Speech For People, said in an email Thursday. 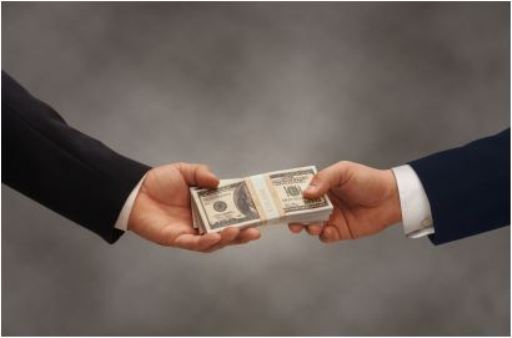 The fight to overturn the SpeechNow ruling began on the eve of the 2016 election, when three sitting congressmen and three congressional candidates asked the Federal Election Commission to investigate ten super PACs.

But the board unanimously found no reason to believe the PACs were operating outside the law, given the D.C. Circuit ruling in SpeechNow.

Now years later the lawmakers, including California Rep. Ted Lieu and Oregon Sen. Jeff Merkley, are fighting for the court to overturn SpeechNow in en banc proceedings, before all the judges of the court. North Carolina Republican Walter Jones, who joined Lieu and Merkley originally on the case, passed away in February.

Because the three-judge panel that issued the Thursday decision does not hold the authority to overrule circuit precedent, the lawmakers have submitted a petition for the en banc hearing.

In an appeal filed in March, requesting a stay on the earlier decision, they argued SpeechNow should be struck down.

“That decision— which birthed the modern super PAC and radically transformed American politics—rested entirely on a misapplication of a single sentence in Citizens United to the effect that ‘independent’ expenditures cannot corrupt or even create an appearance of corruption,” the May opposition to the FEC motion to uphold the lower court decision states.

But U.S. District Judge Emmet Sullivan, who ruled in favor of the commission in February, wrote in his opinion that the challenge to FEC decision presented a “daunting task.”

“It is undisputed that this is the law of the Circuit,” the judge wrote referring to SpeechNow.

The decision from the D.C. Circuit on Thursday grants the FEC’s motion to uphold the decision by Sullivan. The three-judge panel wrote the FEC had not voted in a manner “contrary to law” because the PAC contributions the lawmakers challenged cannot constitutionally be prohibited under SpeechNow.

But in their appeal to the circuit court, the lawmakers argue the case precedent wrongly connotes that political action committees that make only independent expenditures cannot cause corruption.

The “seemingly neat” logic coming out of SpeechNow, they further argued, does not line up with the reality of heavy spending from super PACs.

“The supposed syllogism rested on an unstated and inaccurate premise: that when a political contributor gives money to a third party (i.e., a person or entity other than the politician), this contribution can only be part of a quid pro quo exchange if the third party then spends the money in a way that is itself corrupting. That premise, however, is simply wrong,” the May opposition filing from the lawmakers states.

The Federal Election Commission declined to comment on the pending litigation.