Defending a 2013 Cher album against a new breed of infringement action, attorneys for the diva told a federal judge Monday that "typefaces are not subject to copyright protection." 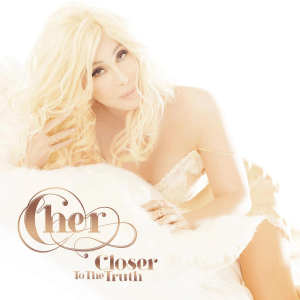 MANHATTAN (CN) – Defending a 2013 Cher album against a new breed of infringement action, attorneys for the diva told a federal judge Monday that "typefaces are not subject to copyright protection."

The lawsuit claims that Cher's 2013 album "Closer to the Truth" used Nadav’s Paris typeface as the basis for the album's branding, including "artistic elements such as swashes having various thicknesses, end drops and unique lettering."

Cher's attorneys at Sills, Cummis & Gross countered with their motion to dismiss Monday in six tight pages, taking issue at the outset with the fact that Cher has been “erroneously sued as Cherilyn Sarkisian.”

The Armenian-American singer was indeed born with that name but legally changed it to Cher in the 1970s, dropping Sarkisian as well as three other surnames she picked up from exes Sonny Bono and Gregg Allman, as well as adoptive stepfather Gilbert LaPiere.

Kenenth Schachter argues in his motion to dismiss that "typefaces are not subject to copyright protection," and that the album's artwork and logos are not substantially similar to Nadav's typeface logos.

Indeed section 202.1 of the copyright law, Title 37, includes "mere variations of typographic ornamentation, lettering or coloring" under a heading of “Material Not Subject to Copyright."

"Typeface as typeface” is listed there as well.

Schachter also notes that in the 2009 case Harris v. Simon & Schuster Inc., a Manhattan federal judge found that "fonts are not protected by the federal copyright statute.”

Each typeface, Nadav maintained, is "a wholly original artistic logo created by Nadav and constitutes copyrightable subject matter that is protected against unauthorized copying under the laws of the United States.”

Nadav's original complaint noted that the Paris typeface won numerous international accolades. "Many customers associate the ‘Paris’ typeface to be a cornerstone of Nadav’s business, branding and advertising,” the complaint states.

Seeking $5 million in damages, Nadav had noted that the Cher album "Closer to the Truth" sold at least 285,000 copies in the United States and surpassed sales of 585,000 copies worldwide since its release on Sept. 20, 2013.

The album's art direction was credited to Ryan Corey at SMOG, a Los Angeles-based boutique design firm. Both were named as defendants to Nadav's 2016 lawsuit.

SMOG's creative team has produced album artwork for other queens of pop music, including Madonna, Britney Spears and Janet Jackson.

Representatives from both parties have not returned requests for comment.