A state appeals court on Tuesday upheld California’s method of shuffling debts owed to counties for new educational mandates, a scheme school districts say has deprived them of funding for decades. 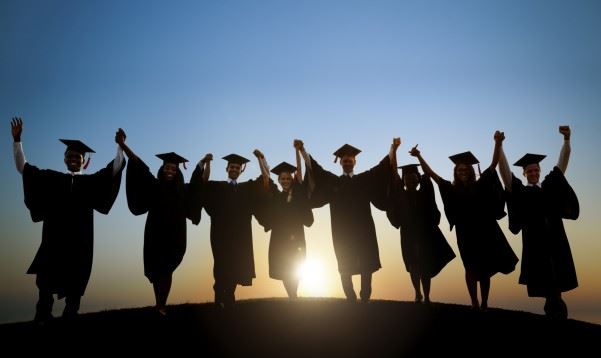 (CN) – A state appeals court on Tuesday upheld California’s method of shuffling debts owed to counties for new educational mandates, a scheme school districts say has deprived them of funding for decades.

A First Appellate District panel said the state properly amended and followed educational statutes regarding reimbursements owed to school districts and local governments. In a unanimous decision, the three-judge panel said California has not forced school districts to use local tax revenues to pay for graduation and special education mandates dating to 1983.

The appellate ruling comes seven years after the California School Boards Association sued the state for what it said was a failure to fully reimburse schools for implementing new state mandates, specifically a special education behavioral  program and a requirement that high school students take at least two science classes to graduate.

Made up of more than 1,000 K-12 school districts, the association said the Legislature has welded laws over the decades to diminish the state’s responsibility to repay for the implementation of state-mandated programs. It claimed the state’s method of “offsetting” revenues has left schools on the hook for the Legislature’s educational aims.

Writing for the panel, Presiding Justice Barbara Jones called the constitutional requirement that the Legislature must fund its education mandates a “vexing problem.”

Unlike most states which fund education primarily through property taxes, California relies on its general fund budget. This method gives the state more control over the amount divvied to individual school districts and was approved by voters in 1978.

An additional reform was approved by voters in 1988 that requires the state to spend the same percentage of the budget as it used in 1986-1987, including inflation safeguards. The tactic is supposed to give school districts and community colleges a reliable estimate of how much funding to expect from the general fund each year.

Critics claim California’s approach has been amended too many times over the years by opportunistic lawmakers at the schools’ expense. California wildly deferred money for mandated programs between 2003 and 2010, treating the school districts like a bank.

Since the report and under Gov. Jerry Brown’s consecutive terms, the state has chipped away at the backlog through one-time payments. A 2017 analyst office update said the state spent $5.1 billion to reduce the backlog to an estimated $1.1 billion, and that 60 percent of school districts no longer have mandate claims.

But the appellants – the association and a collection of individual school districts – argued the state has abused the funding mandate by arbitrarily deciding that portions of the districts’ yearly allotments counted toward the new mandates.

While the panel agreed the “Legislature may have largely eliminated the state’s obligation,” it ruled it was done legally as to the graduation mandate.

“Here, given that the state, through its budget acts, provides funding to school districts and county offices of education in amounts it deems sufficient to ensure the local entities do not have to rely on local revenues to pay the costs of the graduation mandate, we discern no conflict with article XIII B, section 6 of the California Constitution,” Jones wrote in the partially published opinion.

A spokesman for the association said it was still in the process of discussing the ruling with its attorneys.

The panel affirmed the lower court’s decision that the state did not violate three separate statutes and it does not violate a separation of powers doctrine.