In its latest blow to the for-profit prison industry, California will become the first state to ban the use of private prisons under legislation signed Friday by Governor Gavin Newsom.

SACRAMENTO, Calif. (CN) – In its latest blow to the for-profit prison industry, California will become the first state to ban the use of private prisons under legislation signed Friday by Governor Gavin Newsom. 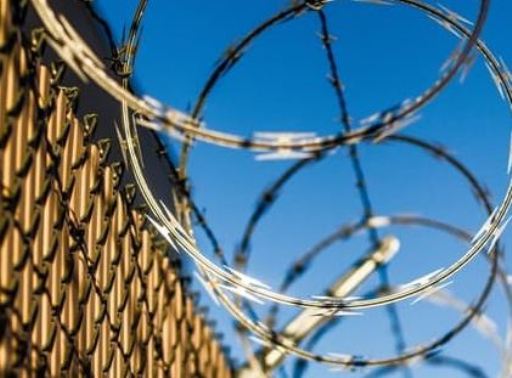 The measure bars the renewal of contracts with companies like CoreCivic and Geo Group after Jan. 1, 2020, and prohibits the state from housing inmates at for-profit facilities as of 2028. In addition, the ban covers private immigration detention centers that contract with the federal government – but does not bar the feds from building or operating its own facilities.

“During my inaugural address, I vowed to end private prisons, because they contribute to over-incarceration, including those that incarcerate California inmates and those that detain immigrants and asylum seekers,” said Newsom in a statement. “These for-profit prisons do not reflect our values.”

California and other states have long relied on private prisons to alleviate overcrowding at state prisons, and as of September the state still had over 1,600 inmates at three private facilities. But critics say the private prisons lack oversight and are motivated to keep people detained, not rehabilitated.

The bill’s author says private prisons were meant to be a “temporary” solution to California’s notorious overcrowding and that the ban is feasible considering the state’s recently reduced prison population.

“We've all seen the horrific humanitarian crisis playing out along the border. No human being deserves to be held in the well-documented cruel conditions in these for-profit, private facilities. For that reason, AB 32 was expanded to cover civil detention facilities as well as prisons,” California’s first-ever Filipino American state lawmaker said in a statement.

Bonta introduced his measure shortly after the California State Teachers’ Retirement System board voted to follow the lead of other public agencies in New York and Illinois and divest $12 million from the industry. In June, the state cut ties with its last remaining out-of-state facility and two weeks ago exited another in the Central Valley.

Brown’s message was echoed during the 2019 legislative process by law enforcement groups, including the California State Sheriffs’ Association, which warned the ban could hamstring corrections officials.

“Removing the California Department of Corrections and Rehabilitation’s authority to contract with private prisons takes away a tool and increases the likelihood of releases of dangerous inmates form state prison and heightens pressure to have county jails take on more custodial capacity,” the association said in an AB 32 opposition letter.

But the warnings from law enforcement did little to sway to lawmakers, as AB 32 cleared both chambers with bipartisan support.

A spokesman for Tennessee-based CoreCivic said the bill was “misguided” and noted that for the last 10 years private prisons helped reduce California’s unconstitutional overcrowding. CoreCivic says it “never has and never will” operate border patrol holding facilities or house unaccompanied minors.

“Our sole job has been and continues to be to help the government solve problems in ways it could not do alone – to help manage unprecedented humanitarian crises, dramatically improve the standard of care for vulnerable people, and meet critical public safety needs efficiently and innovatively,” said Brandon Bissell, CoreCivic public affairs manager, in an email.

Activists congratulated Bonta and Newsom Friday for giving the “ax” to private prisons.

“It’s no secret that private detention companies have now become synonymous with pictures of young children in cages and the inhumane treatment of its detainees,” said NextGen California executive director Arnold Sowell in a statement. “Private prisons have no place in California and we hope to see other states follow suit and end their contracts with these facilities right away.”