A trade group for Broadway producers served up a federal complaint dripping with drama Tuesday, accusing the Teamsters union and eight casting companies of staging a “casting cartel” that has wrought devastation on the Great White Way. 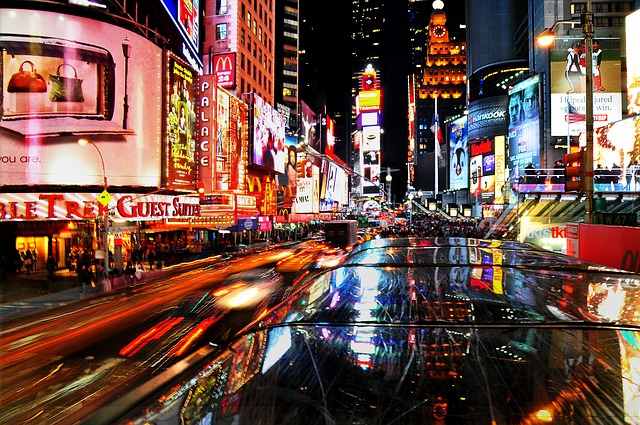 MANHATTAN (CN) – A trade group for Broadway producers served up a federal complaint dripping with drama Tuesday, accusing the Teamsters union and eight casting companies of staging a “casting cartel” that has wrought devastation on the Great White Way.

“Rather than seeking a legal determination of rights, the casting companies instead resorted to commercial leverage: a boycott of any producer that does not agree to the casting cartel’s demands, including Teamster recognition, the right to collectively bargain, and a 29% surcharge on all negotiated fees,” the complaint says, filed in U.S. District Court for the Southern District of New York.

Represented by the firm Proskauer Rose, a trade group for producers called the Broadway League says the boycott’s effects have been immediate and devastating.

“In the weeks since the boycott began, many shows have been put in jeopardy as a result of the casting cartel’s illegal concerted refusal to deal,” the complaint states.

“The anticompetitive effects this conduct has had – and will continue to have for decades to come, if not stopped now – are profound.”

Spinning a famous adage from the stage, the Broadway League wants an injunction.

“Actors and audiences will be the ultimate losers if this cartel is allowed to go on,” the 48-page complaint states.

The league calls out Bernard Telsey, the biggest fish in the casting pond, as the unionizing ringleader, railing against robust competition that has kept costs down.

Telsey, described in the complaint as owning roughly 30 percent of the market, did not return a call and email seeking comment.

A pervasive public-relations campaign was the cartel’s first step, according to the complaint, tying their efforts to a rally in favor of unionization at a rehearsal for the 2017 Tony Awards.

For Phase II, according to the complaint, the casting companies issued their demands: a 29 percent surcharge on all currently negotiated fees. The Broadway League says this will add “tens of thousands of dollars to the cost of putting on a show.”

The Broadway League says the cartel’s boycott has been in effect for several weeks, trying to duck antitrust scrutiny by positioning casting companies as employees rather than independent contractors.

When the the league offered to expedite the question of whether casting directors can unionize to the National Labor Relations Board, it says the cartel declined.

The league cited statements by Teamster Local 817 President Tom O’Donnell in August articles on Deadline.com earlier this year that the casting companies would not “leave it up to the Trump administration to decide if they have rights,” and would instead “look at every option” to persuade producers to meet their demands.

Meantime the cartel has allegedly enlisted the backing of the trade association Casting Society of America, which in October requested its members to contact Teamsters Local 817 if approached for any new commercial theater project.

Most of Broadway — including performers, stage hands, and makeup artists — is unionized, but casting directors are not.

The maneuver of joining with the Teamsters is a tried-and-true one, according to the lawsuit, which cited the decision in 2005 by film and television casting directors to join the union. Threats of strikes followed, the lawsuit states, noting that “commercial pressure was too great for the Hollywood producers, and they quickly capitulated.”

But O’Donnell with the Teamsters dispute that there is any price-fixing afoot.

Casting directors "simply want the same workplace fairness and health care afforded to everyone else who works on Broadway,” he said.

“Rather than engage in a dialogue with forty working men and women who have been instrumental to their success, the League spouts fake facts, bullies, and files lawsuits. Sound familiar?” O’Donnell added.