Are You on the Border? They’ve Got Their Eye on You

Law enforcement agencies on the Mexican border are using a broad array of surveillance technology, including gunshot detection, drones, license plate readers, facial recognition and artificial intelligence, according to a report released Wednesday. 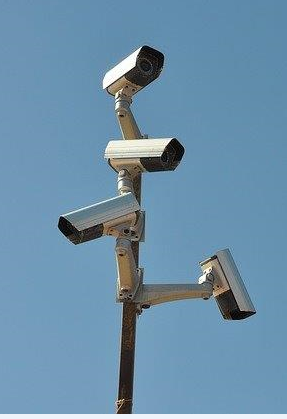 The nonprofit Electronic Frontier Foundation partnered with the University of Nevada Reno’s Reynolds School of Journalism on the report, which drew from news, law enforcement records, data sets, and other sources to tease out which technologies are in use in six counties in Arizona, California, Texas and New Mexico.

The Tucson Police Department worked with the University of Arizona Artificial Intelligence Lab to develop COPLINK, a database that offers police in the city of nearly 1 million a set of custom AI algorithms to lay out predictive policing patterns and analyze data. Pima County’s other nine law enforcement agencies also are using drones, license plate readers and cell site simulators, which are used to intercept cellphone data by simulating a cellphone tower.

In El Paso County, where about 840,000 Texans live at the far western tip of the state, police use an array of license plate scanners on patrol cars and fixed spots, such as highway overpasses. The system can track movement of individual vehicles and generate alerts when a flagged vehicle is photographed by a scanner. Scanners also are housed in roadside radar trailers that display drivers’ speed with a “Your Speed Is” message, the researchers found.

In Webb County, home to Laredo’s 260,000 residents, police and the federal government are using drones, sensor towers and surveillance balloons.

With a population of 3.3 million, San Diego is the most populous county on the Mexico border.

Law enforcement agencies in the region, including the sheriff’s department, city and university police departments and the Port of San Diego share data through the Automated Regional Justice Information System, a network managed by the San Diego Association of Governments. That system uses Tucson’s COPLINK AI system, license plate readers, and facial recognition, the researchers found.

San Diego is also home to one of 79 federally designated “fusion centers” that perform large-scale intelligence analysis using Gotham software from Palantir Technologies, the report said. Palantir has aroused controversy because its systems are used for mass collection and dissemination of data, which could include disinformation, and its leaders met with leaders of Cambridge Analytica, which is under investigation in the United States and Great Britain for its role in the 2016 presidential election.

Wednesday’s report is the first in a planned series looking at law enforcement surveillance methods across the nation, the EFF said.