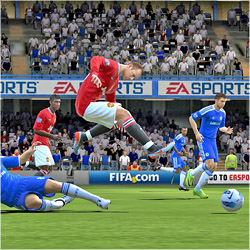 Anthony Clark, 24, of Whittier, Calif., was convicted of conspiracy to commit wire fraud after a three-day trial before U.S. District Judge Reed C. O’Connor. He faces up to 20 years in prison, a $250,000 fine and restitution at his Feb. 27, 2017 sentencing.

"Clark and his co-conspirators subsequently exchanged their FIFA coins on the secondary market for over $16 million."

The coins are an in-game currency earned based on the amount of time a player spends on FIFA.

"Due to the popularity of FIFA Football, a secondary market has developed whereby FIFA coins can be exchanged for U.S. currency," prosecutors said.